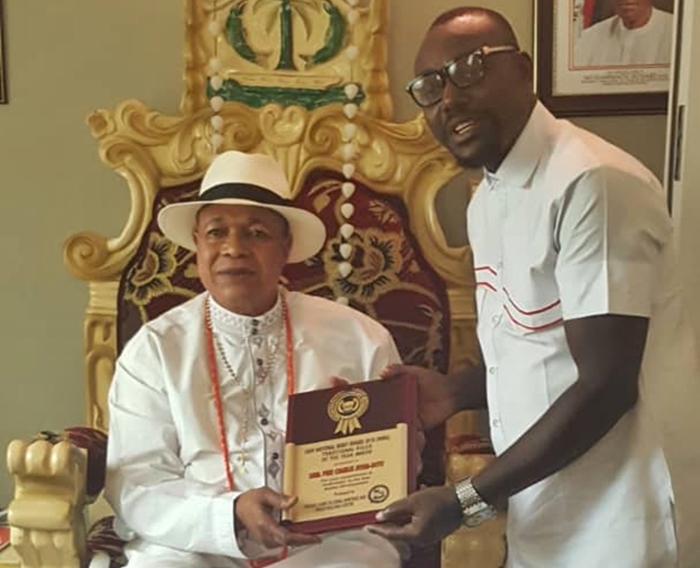 The Paramount Ruler of Seimbiri Kingdom in Burutu local government area of Delta State, King Charles Ayemi-Botu (JP) OFR, says agitation for better deal for the Niger Delta region has become part of him, despite challenges most times confronted in the struggle.

King Ayemi-Botu disclosed this in his remarks after being presented Ijaw National Merit Award 2018 Traditional Ruler of the year, by the Ijaw Cultural Heritage and Peace Building Center for his commitment and dedication to the development of Ijaw nation.

The royal father stated that the Niger Delta which produces the resources for the mainstay of the nation’s economy would have been in complete comatose but for the struggle which ought not to be so.

King Botu emphasized that the agitations notwithstanding, there were still high magnitude of criminal neglect in the region and commended those that laid down their lives for the region to grow.

He said the Ijaw nation was mostly hit by the sad narratives, stressing the need for the people to be united in championing progress and development of the land.

The Seimbiri monarch expressed appreciation to the Ijaw Cultural Heritage and Peace Building Center for the award which he said had further spur him to do more for the service to humanity and to the glory of God.

King Botu maintained that it was worthy of note to see young Ijaw sons and daughters promoting the rich cultural heritage of the Ijaw nation, stressing that the group activities will enhance the relationship of the people with other ethnic nationalities.

The former National Chairman of Association of Traditional Rulers of Oil and Gas Producing States of Nigeria, TROMPCON, re-emphasized his commitment to promoting peace, unity, good governance and progress in the Niger Delta region.

Presenting the award, the Ijaw Cultural Heritage and Peace Building Center, congratulated King Botu for his emergence as the awardee for the Ijaw National Merit award 2018 Traditional Ruler of the year.

The Leader of the group, Tams Okunbiri also commended the commitment and dedication of the Seimbiri monarch to the course of Ijaw nation.

The high points of the ceremony was the presentation of plaque and certificate of honor to king Botu by the Leader of the group.

Thirty other outstanding Personalities received various award alongside with king Botu at the event organized to celebrate the rich cultural heritage and people of Ijaw nation.