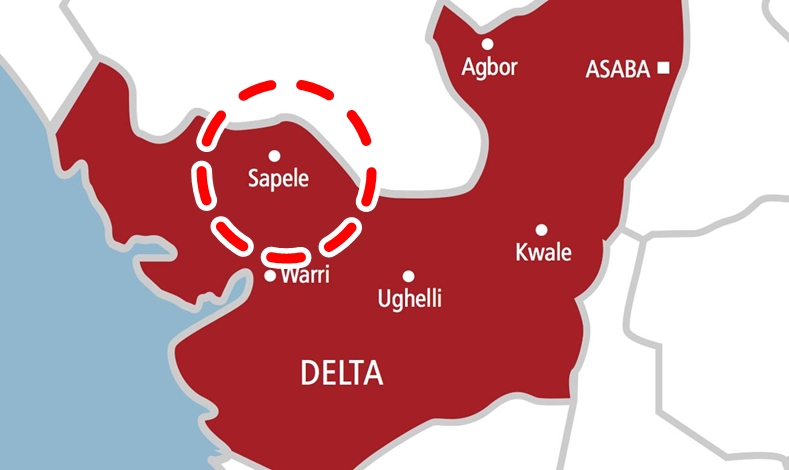 The leadership of Sapele Okpe community, Sapele local government area, Delta State has protested lopsidedness in elective, appointive position in the LG since 1999 till date, noting that the situation is breeding social disharmony in the locality.

Rising from an executive meeting of Sapele Okpe community held at Adeola road Okpe hall, in Sapele over the weekend, they appeal to the major political parties in the state to consider picking their candidate from Sapele urban which, though has 8 wards has been marginalized in terms of elective and appointive position.

Addressing journalists on the outcome of the meeting, the chairman of Sapele Okpe community Mr. Patrick Akamovba said; “It was unanimously agreed at our meeting that come 2019 when the general election will be conducted for new people to mount the government office, we narrow it down to the house of assembly, we are making an appeal to his Excellency and the various political parties that Sapele has two political arrangement, the urban and the rural and over the years the rural has been dominating the political space of Sapele.

“As I speak currently the commissioner of DESOPADEC is from the rural, the current house of the Assembly member is from the rural, the Sapele local government chairman is from the rural, at this time we are appealing to PDP and APC that we have 11 wards and rural has just two and half and urban has eight and half, so by that simple equation, we are suppose to be dominating political space of Sapele, but that is not the case.

So, we are appealing that both political parties should please feature somebody from the Sapele Urban for their as their candidates, it’s not a threat, but an appeal that this time around, we are very serious about it.

The community is fully prepare and on ground and we must take the bull by the horn, we must take our destiny in our hands and that day we agreed to come out in mass, we are going to mobilize our people both old and young to come out with their PVC to decide our future.

Adding that, “for the sake of equity and fairness we are appealing to the parties to feature our sons as house of assembly candidates come 2019, and we will give them our full support, we will use our resources to work for that party.

However, party that doesn’t feature Sapele Urban candidate, sorry that party has lost and we mean every part of it, whether PDP or APC, we feel like saying our mind before the primary comes up September.

As a follow up to what the chairman has said, Mr. Godwin Dadi, the spokesman of Sapele Okpe community Said; “all what we want is that somebody from urban should emerge whether APC or PDP to represent us in the State House of Assembly for equity and justice.

“Before this time, it has been people from rural only, I think enough of that nonsense, any reasonable party who wants to win an election, and they should be balanced in the way of doing things.

He urged the two parties to apply wisdom in picking their candidate from the Sapele urban; “we are all ready with our PVC. The urban has the largest wards and we will not take it likely with any party, if any party thinks they can get away with this time, let them try it, but I believe they will use their wisdom.