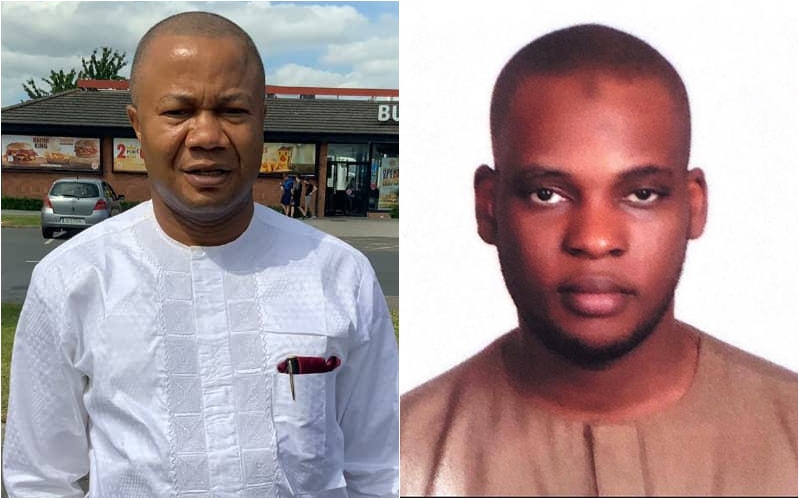 The Minority Leader of the House of Representatives, Hon. Ndudi Elumelu has approved the appointment of Hon. Charles Ogedi and Mr. Ahmed Atiku Abubakar as Senior Legislative Assistants in his office.

A Statement from the Office of the Minority Leader, House of Representative, National Assembly Complex Abuja, disclosed that the two appointments will take effect from 20th November, 2019.

Hon. Charles Ogedi is a 1996 graduate of Surveying and Geoinformatics, from the University of Lagos. He also holds a Masters degree in Public Administration from the Delta State University, Abraka, obtained in 2006.

A registered surveyor with the Surveyors Council of Nigeria, Mr. Ogedi was, until his appointment, the CEO of Codigital Surveys and Environment Services Nig. Ltd.

In 2005, Hon. Ogedi served as Special Adviser to Aniocha North Local Government Council and was later appointed in 2008, as Supervisory Councillor for Environment, Special Duties and Finance in the same local Government.

As a Student in Unilag, he was the President of National Association of Delta State Students.

He is currently the President-General of Obomkpa Community in Aniocha North Local Government Area of Delta State and is happily married with Children.

Ahmed Atiku Abubakar holds a Bachelors degree in International and Comparative Politics from the renowned American University of Nigeria, AUN, acquired in 2014.

He has worked in various organizations where he garnered diverse experience in Sales, Marketing, Research and Media Marketing.

He is a consumate writer who has worked with Gotel Communications as a researcher, writer and editor between May and December, 2014; served as Corporate Sales Executive with Adama Beverages Limited from July 2016 to July 2017 and then as Sales Representatives with Redstar Express PLC, Lagos, between September and December, 2018, amongst other career engagements.

Until his appointment as the Senior Legislative Assistant to the Minority Leader of the House of Representatives, Ahmed Atiku Abubakar was the Head of the Sales and Marketing Department of Adama Plastics, a post he was appointed into in May 2019.

He is happily married with Children.