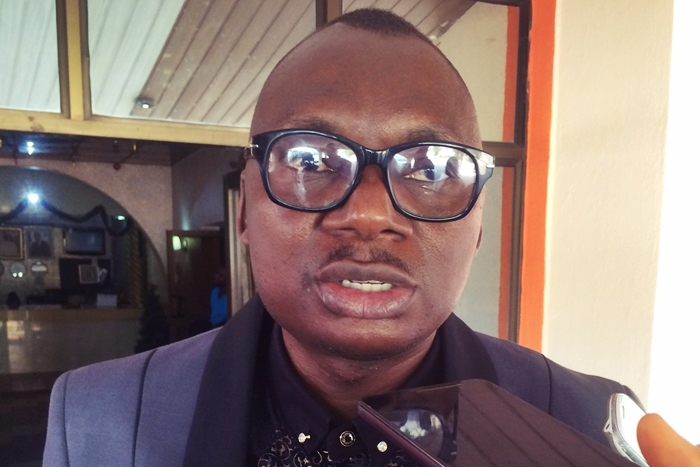 Renowned Philanthropist and the General Overseer of Ark of Testimony Church, Okpanam, Prophet Dr. Azuka Onyebo, has donated the sum of N100,000 and 3 bags of rice to Libya deportees to help cushion the effects of the numerous loses incurred in the quest for greener pastures.

Prophet Onyebo extended his philanthropist act on Tuesday, January 9, 2017 at Chadef Hotel Asaba, during the reception of 77 illegal migrants of Delta State origin rescued from detentions camps in Libya.

Onyebo who also offered prayers, admonished them to be steadfast in the lord and should not dwell in sympathy but celebrate, adding that his gesture is not just to welcome them but to also stir up their spirit and a reassurance that God being the creator of every human being, will certainly replenish all that they have lost.

A returnee (name withheld) from Ethiope East Local Government Area, who recounted his ordeal said, that he went to Libya in 2017 and upon arrival had moved from one deportation camp to another till a Gambian housed him for some days before going back to the camp where they were over 800 Nigerians.

In his words, “My camp is just one of the nine camps in Libya. Libyan’s came to the camps as they pleased and fire gun shots randomly at us which led to the death of some of us. We stayed in the camps which was like a safe hell for us. We stayed there till we are deported or migrated to Europe, but I was rather rounded up along side others to the prison where they moved me to 7 different prisons.

“Because I could operate an excavator, I was used to do some construction jobs, just to get food; boiled macaroni with salt water to drink and it was filled with drugs which resulted to the death of some of us. I was also used for bricklaying and plastering jobs because I had those skills before I travelled.”

He commended the efforts of the Federal Government in rescuing him because he was denied deportation for Five times because of his skills which the Libyan’s exploited.

Meanwhile, the Senior Special Assistant  to the Delta State Governor on International Affairs, Dr. Genevieve Mordi who presided over the reception of the deportees, said that the 77 returnees are part of the first set of rescued migrants, that the Federal Government is set to bring back over 5000 Nigerians detained in various camps across Libya within the space of three weeks.