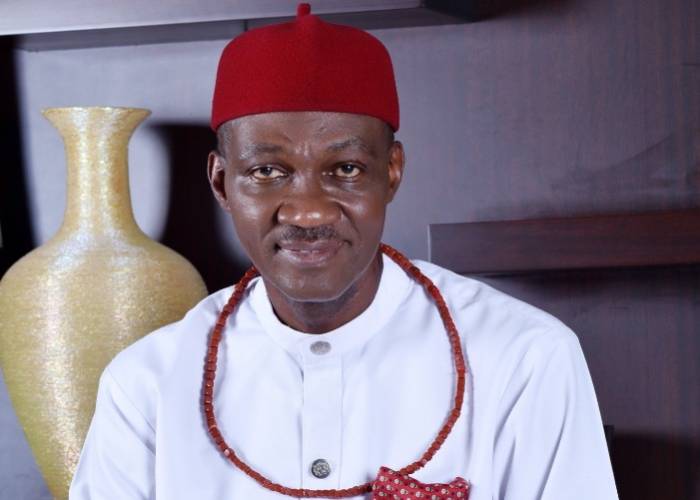 The Executive Director Projects NDDC Dr Cairo Ojougboh has said that President Muhammadu Buhari saved the Niger Delta Development Commission, NDDC, from being shut down due to over trading, bloated contracts and other sharp practices in the Commission.

Speaking to journalists, the Acting Executive Director, Projects, Dr. Cairo Ojougboh said Political Interference has disrupted the Original Purpose of creating the (NDDC) adding that the IMC’s Mission is to change the Narrative for Good.

Dr Ojougboh emphasized that it is in the Best Interest of President Muhammadu Buhari to Develop the Niger Delta Region and eradicate corruption, revealing that the NDDC was sinking and would have been “killed and buried” but for the intervention of Mr. President.

Dr. Ojougboh, who is also the Chairman of Contracts Verification Committee observed that the NDDC was set up not only to offer a lasting solution to the Socio-Economic and Environmental Problems of the Niger Delta region by conceiving and implementing plans aimed at Developing the Infrastructure, Human Capacity Building, but also complement the efforts of the various state Governments and other Developmental Agencies in the region.

Ojougboh said: “Whilst successive leadership of the NDDC may have done their best, today, the general conclusion of most stakeholders in the region is that the NDDC has not delivered on its mandate. At best, it has been a lack-lustre performance, with very little to show for the humongous resources that have accrued to it over the past 19 years. Stories of pervasive corruption, flagrant abuse of due process, abandoned projects, poor quality project delivery, etc. at the NDDC, have adorned our media space over the years.

“In an effort to stem this unfortunate tide, Governors of the nine states of the region, a couple of months ago, visited President Muhammadu Buhari to not only lay bare their perception of the Commission since its inception, but to also as members of the Advisory Council of the NDDC, offer useful advice on the way forward to the President. The result of this historic visit is the ordering of a forensic audit of the activities of the NDDC from inception to date by the President.”

Consequently, he said, the President on October 29, 2019 appointed the IMC to oversee the forensic audit of the NDDC, adding: “The Ministry of Niger Delta Affairs in conjunction with the NDDC Interim Management Committee, in preparation for the commencement of the forensic audit, secured a Certificate-of-No-Objection from the Bureau of Public Procurement (BPP) for the lead consultant for the forensic audit, while that of the sub-consultants was being processed.”

Ojougboh affirmed: “The contract verification committee is, therefore, to lay a foundation for the forensic audit of the activities of the Commission from inception to date. To this end, all contractors, consultants (design and supervision), vendors, suppliers and NGOs or their certified representatives, who have business transactions with the Commission, are thus requested to report with three photocopies each of their letters of award, Contract Agreement, and Interim Payment Certificate (where applicable), and also to present originals for assessment, evaluation and verification to the NDDC office where such business is located.

“They are also to present letters detailing a brief statement or summary of their claims/requests on their headed papers with verifiable addresses and certified true copies of their company registration documents.”

The Chairman of the Verification Committee said that the exercise would among other things establish the true position of the emergency contract regime between 2016 and 2019 in the NDDC, observing that it was common knowledge that some of the awards were not only spurious but criminal, as available records showed that most of the awards were not backed by budget, bills of engineering measurement and drawings. “They were just open cheques for contractors and their collaborators to fill in at the nearest banks,” he said.

“We are talking about a total of over N1.3trillion in less than three years. The yearly budget of the NDDC is hardly above 400 billion and a situation where contracts that do not qualify for emergencies were fraudulently awarded to over one trillion naira valued in less than one year amounts to not only stealing from the pulpit but stealing the entire pulpit.”

Ojougboh assured that the verification exercise would expose those spurious contracts and advised contractors with fake or specious awards to stay away from the various documentation centres in their own interest.

He charged members of the Contract Verification Committee to discharge their duties diligently, honestly and professionally, urging them to note that the entire people of the Niger Delta and the Commission had placed heavy responsibilities on their shoulders.