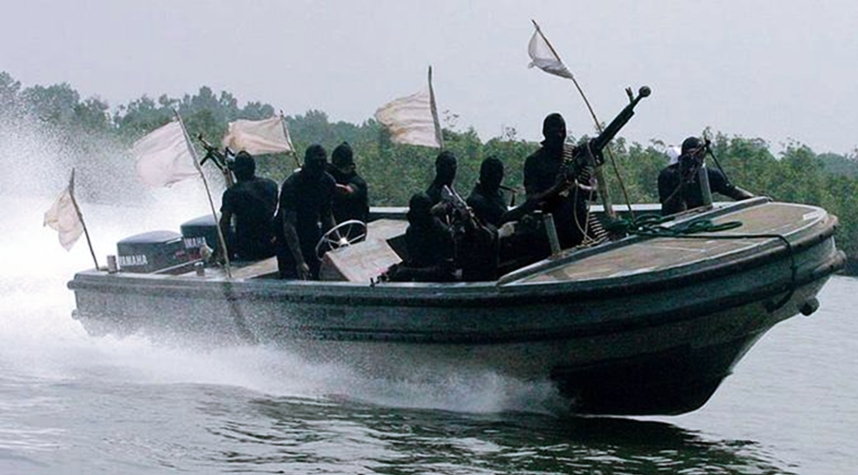 Unknown gunmen feared to be Sea Pirates have reportedly laid siege in over eight Delta Communities in Burutu and Bomadi Local Government Areas.

Others include Ogriagbene, Enekorogha, Ndoro and other Communities within the Ramos River.

Commercial activities including farming have been grounded completely in the areas.

The Sea Pirates allegedly raped women, kidnapped, killed and robbed the villagers in the Communities under siege at gun point.

The armed group also on Monday night bombed the house of the Chairman of Egragbene Community with explosive devices suspected to be dynamite.

The Chairman and members of his family were lucky to be away from home at the time the incident occurred.

At the time of filing this report, many of the residents are still missing.

The activities of the Sea Pirates who patrol the creeks of Egragbene through the Ramos river on daily basis has caused serious tension within the area.

Meanwhile, the Concerned Citizens of the Communities confirmed the report.

Those who spoke with newsmen said, “commercial activities within the areas have been locked down following the activities of the Sea Pirates.

“As we speak to you now, no commercial boats, no fishing activities, no farming or tapping as all the people are afraid of being kidnapped or killed or the women being raped by the Sea Pirates.

“We have made several attempts to the Government through the Local Government Area Chairmen to the State and appeal to the Joint TaskForce, JTF, Army, Navy to come to our rescue but to no avail as we speak.

“We are seriously appealing to the Government and particularly the Military to hear our cry as we are being maimed. Our women raped, properties stolen on gun point and loss of lives recorded in those areas.

“The delay of Government to reach us with the request has made life extremely difficult for the people.

“These hoodlums patrol on daily basis in the creeks of Egragbene and through the Ramos river. Except the law enforcement come to our aid, our present and future living in those areas is doomed.

“We believe the Government of the day under the Commander in Chief of the Armed Forces of the Federal Republic of Nigeria, President Muhammadu Buhari is capable of curtailing these highly trained and unscrupulous gunmen in the once peaceful Ramos River and its environs in the Niger Delta area particularly in Burutu and Bomadi Local Government Areas. So, we appeal”.

When contacted for comments on the matter, the Delta State Commissioner of Police, CP Adeyinka Adeleke confirmed the report in a telephone chat.

CP Adeleke said, “We are trying to stern that assault by the bandits on the people of that area. You know it is not easy on water. I learnt that they (bandits) want easy access through the communities but the villagers won’t allow them.”

He said, “I had a call over the development from Ekogbene where Sea Pirates have laid siege in the Communities particularly Ekogbene, Egrangbene, Ndoro and other Communities.

“I will send a delegation to Ekogbene to assess the level of damage caused by the bombing of the Community Chairman’s residence over the Community’s resistance of the evil.”