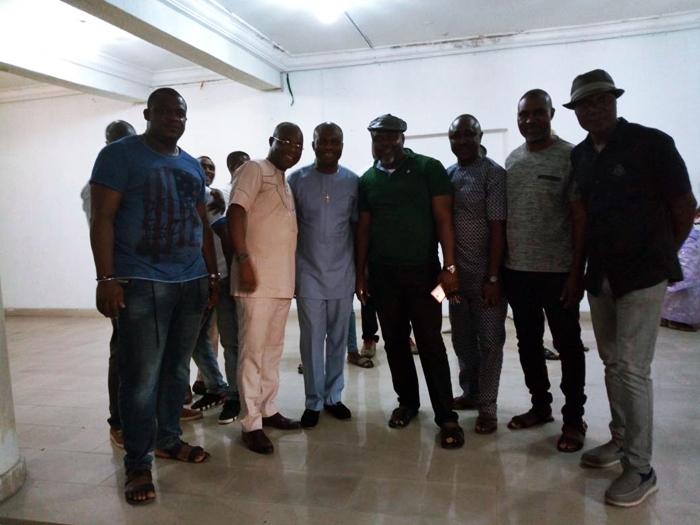 Mr Edema gave the assurance when a leading aspirants for the Delta State House of Assembly, Warri South-West Constituency in the 2019 general elections, Ambassador Andrew Igban and his teaming supporters visited the Warri South-West PDP EXCO to announced his intention to run for the election.

The Party Chairman who described PDP as one big family, said “the conduct of free, fair and credible primaries will promote sustainable peace in the party and increase its chances for victory in the general elections”.

He commended Ambassador Igban who was one time PDP Youth Leader, Delta South for his commitments to the growth of the party, particularly in Warri South-West and wished him well in his aspiration, even as he charged him to go about it peacefully.

The spokesperson of Andrew Igban Campaign Committee, Hon Freeborn Fregene while introducing their Principal to the PDP EXCO highlighted the sterling qualities of Ambassador Igban, stressing “Ambassador Igban has been an integral part of the success stories of PDP in Warri South-West Local Government Area. We see his ambition as pay back time”.

“Now that Igban has presented himself to represent the people in the state legislature, the support of the party was needed. So I appealed that he should be given a chance to provide further development and good governance to Warri South-West Constituency”, Fregene added.

In his remarks, Ambassador Igban said he is in the race as an answer to the clarion call of the people who desired quality representation in the legislature at the state level, promising never to betray the confidence reposed on him by the people.

“I am desirous for free and fair primaries. internal democracy is required to promote not only peace and harmony in the party but the emergency of best and generally accepted candidates for the party in the forthcoming elections. I have consulted widely and thank God all the key stakeholders are yearning for free and fair primaries. The conduct of the governorship primaries that brought His Excellency Dr Ifeanyi Okowa as the party flag bearer in the 2015 general elections is a good reference of how party primaries should be conducted” Igban stated.

While promising to remain a good ambassador of PDP, Igban stressed that he had been a strong bridge builder between the two major ethnic groups of Itsekiri and Ijaw in Warri South-West hence his general acceptance by the people.

Others who spoke commended the visit and emphasized the need for unity in PDP. The consultation continues.