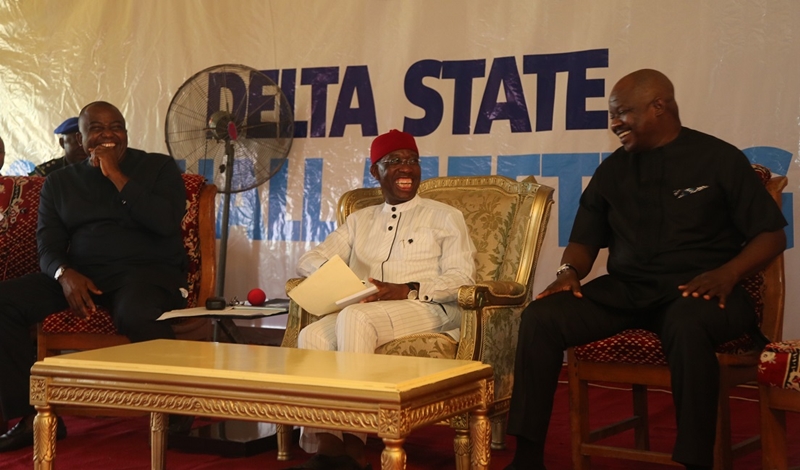 …Condemns Attempt To Cast Aspersions On Him.

The Isoko Political Mandate has condemned in a very strong terms attempt by a group that goes by the name “Isoko for Development” to cast aspersions on the person of the member representing Isoko North in the Delta State House of Assembly and Majority Leader of the house, Hon Tim Owhefere, describing the group as faceless.

The Isoko Political Mandate in a statement issued by its co-ordinator, Comrade Ezekiel Ugbo in response to the earlier publication by one Iruoghene Ufi on behalf of Isoko for Development, said “Isoko Political Mandate is a group of politicians and non politicians whose focus is ensuring that Isoko is at par with other ethnic nationalities in Delta State. We have observed with keen interest the activities of politicians of Isoko extraction and can rightly conclude that most of the politicians parading themselves as millionaires today do so with wrongly appropriated resources of Isoko people. The Isokos still remember very clearly their entry point into politics and the sources of the sudden found wealth”.

“Aligning with the fact that truth is sacred, Hon Tim Owhefere ventured into politics as a successful businessman operating one of the most vibrant businesses located in Ughelli. His philanthropic gesture echoed across Isoko land and eventually got him this far. As a representative of the people of Isoko North in the Delta State House of Assembly he has distinguished himself and use his position as the Majority Leader to attract various projects to Isoko North notable among them is the ongoing construction and redesign of the Owhelogbo/Abbi road, a road which for many years was used to siphon tax payers’ money by notable politicians from the axis”.

While stressing that the people are now more informed and wiser, it concluded “The Isoko Political Mandate can gladly refer anyone to the 2018 budget of Delta State and see how many projects Hon Owhefere has negotiated to the people of Isoko. It is our clear mandate that having done exceedingly well, the people of Isoko North are prepared to vote him again come 2018. The Isokos have not forgotten in a hurry those who ruled us with the iron fist but now parading themselves as born again progressives”.