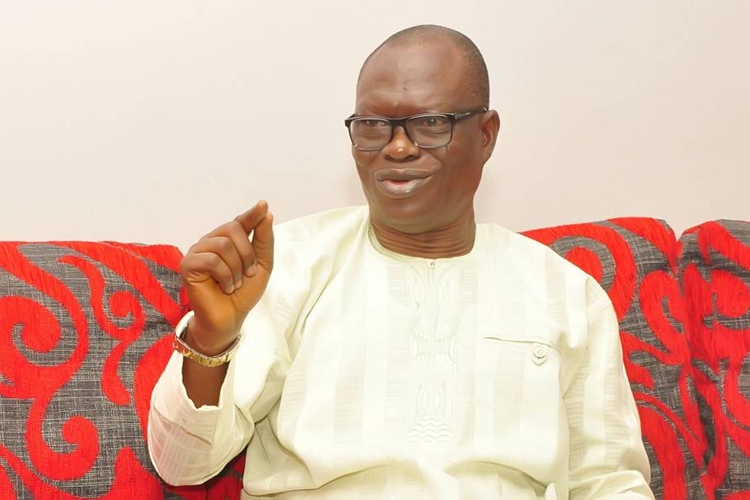 Immediate past Secretary to Delta State Government, Comrade Ovuozourie Macaulay yesterday said only politicians with ill motives and records, should be afraid of the people’s drive to vote it right in the 2019 General elections.

Macaulay who responded to rumours that the Isoko Political Exodus (IPE) was floated to fight against the interest of some political stakeholders in Isoko, stated that the IPE’s is built with a vision to reform politics, check impunity and ensure fair play and responsive government.

The former state Leader of the Nigeria Labour Congress, who is also a Grand Patron of the IPE made the statements when he paid a condolence visit to Senior Special Assistant to Governor on Peace and Conflict Resolution, Hon. Lawrence Ofremu, over the death of his mother in Oleh, Isoko South Local Government Area.

Macaulay who was accompanied by Arch. Amby Okuhor, Chief Sunny Utoro, Chief Emmanuel Edevor, Hon Moses Idiowa, Chief Joshua Oghole, Mr Felix Ofo, said the Exodus has come to stay and cannot be destroyed. “It has come to stay.Exodus is not a Party thing. Let no one be afraid because of his membership of the exodus.The exodus will fight and revolt against tyrannic leadership, nepotism, oppression, inconsiderate governance and divide and rule leadership.”

According to him, the fact that the group mobilised to ensure that eligible voters register their Permanent Voters Card reaffirms its stand for due process adding that It should be encouraged, sustained and applauded.

He urged Isoko and member of the group to stand firm in their believes even as he stated that Isoko will support and vote who has its interest at heart. “We will support any quality candidate against of party lines.”

It will be recalled that the group which has over 10, 000 members was inaugurated in Oleh, with the presence of chairman of the ceremony, Hon. Mathias. Eto, Engr. Goodluck Idele, Hon. Dickson Fineboy Ebegbare, IPE National Co-ordinator, Hon. Okiemute Esien, Engr. Daniel Omoyibo, Alex Omu, and many others in attendance.