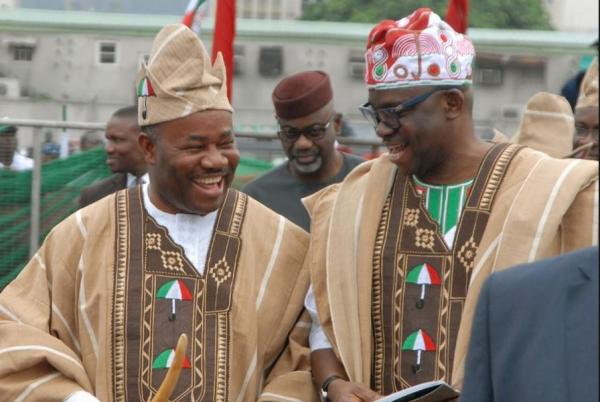 The Minority Leader of the Senate, Sen. Godswill Akpabio has  said that some senators, who are members of the ruling All Progressives Party would be joining the Peoples Democratic Party (PDP) once the party finally resolves its leadership crisis.

Akpabio disclosed this at the Expanded Caucus and the 73rd National Executive Council (NEC) meeting of the PDP held on Thursday in Abuja.

He said that although some lawmakers were defecting from PDP to other parties, the PDP still had very significant number of lawmakers as it was winning more seats through conducted elections.

“There is no election that will be conducted in the former PDP 28 states that the party will not win. That is a matter of fact.

“As I speak so many senators from the opposing party are eager to join PDP.

“All they want is return of peace to the party, once that is done I can assure that 20 senators are on their way to joining the PDP.

“Message to those who are thinking of defection is to retrace their steps because PDP is bouncing  back to victory in 2019,’’ Akpabio said.

Akpabio regretted that the PDP lost elections in Edo and Ondo States, saying the party must put its house in order ahead of Anambra and Ekiti election in order not to lose.

He also urged other governors to emulate Dr Ayodele Fayose, the governor of Ekiti and the Chairman PDP Governor Forum, in support and speaking for the party.

He also urged them to carry the party’s stakeholders along saying they cannot do it alone in 2019.

The Deputy Senate President, Sen. Ike Ekweremadu said those who recently defected from the PDP to the ruling party had no electoral value saying they will soon know their worth.

“At the appropriate time we will know who is who in the South East. There is nothing to worry about, we are completely in control, Ekweremadu said.

Chairman of the PDP Governors Forum,  Ayodele Fayose, said he wondered why people still defected to the ruling party when Nigerians were tired of the party.

Fayose said that Nigerians were already waiting for another change.

Fayose, who promised to keep speaking for the party urged other leaders to keep supporting PDP.

The National Publicity Secretary of PDP, Mr Dayo Adeyeye, while briefing newsmen after the meeting, said the leaders discussed important issues concerning the party including the expansion of the membership of the national caretaker committee to 13 from six.

Adeyeye said it was also agreed that the additional number would be selected from each of the six geo-political zones of the country.

Adeyeye denied that the party had abandoned the construction of its national secretariat attributing the suspension of work at the site to the current crisis facing the party.

“You cannot be talking of building project when your house is in crisis. We will revisit it when we resolve our crisis,’’ Adeyeye said.