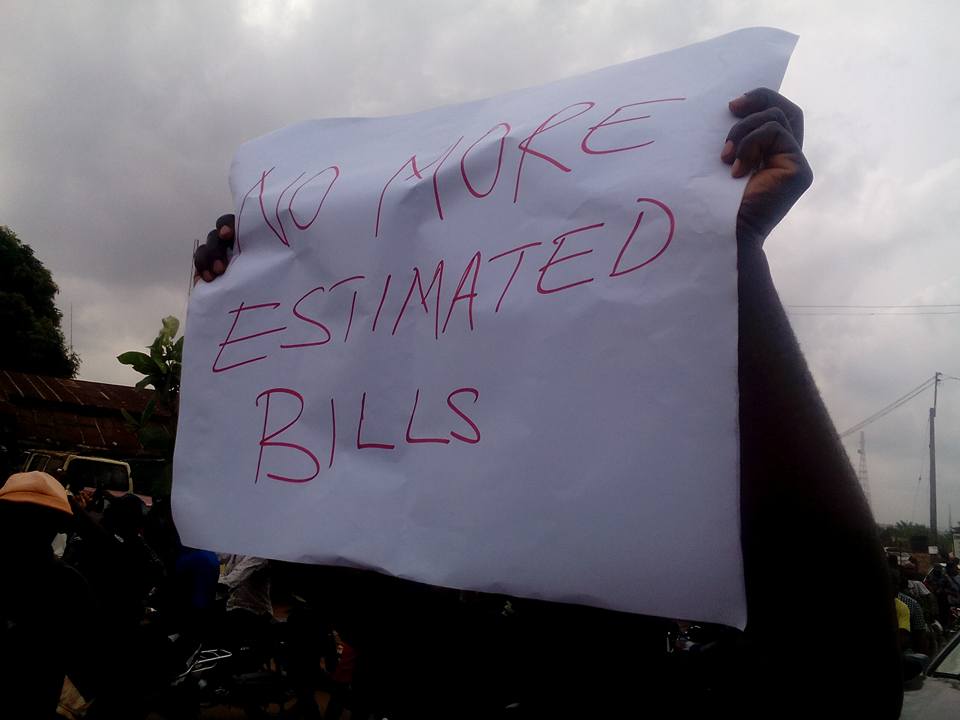 Electricity consumers in Ughelli and environs in Delta State, have accused officials and management of the Benin Electricity Distribution Company (BEDC), of its outrageous and estimated bills being imposed on them, describing it as exploitative, fraudulent, wicked and intentional.

A customer, residing at Peace close, off Onoharigho street in Ughelli town of the State, who pleaded anonymity while speaking to Urhobo Voice, accused the electricity company of outrageous and crazy bills even when there is no power supply.

Another customer who also never wanted his name in print for fear of being singled out, disclosed that since he moved into his apartment in April 1, 2017, he has always been given outrageous bills even when there is no light. “How can you charge a two bedroom flat apartment #12,400.00 every month, what am using?”‘ he asked.

Displaying the recent bill given to him, he said the electricity company do not even come for monthly Metre Reading noting that when you look at the place of Metre Reading in the bill, it is written NA which he said he could only interpret to be ‘Not Available’ while in the place of date it is also written, ‘Not Available’ and the area of bill type, he said it is written MD Average.

Speaking further, the customer said, he has also drawn the attention of the BEDC Marketer to the area and complained to him about the outrageous bill, but he only told him that, he did not understand as he too is surprised. He further stated that not satisfied with the response from the marketer and at the office, he sent a mail to the head office and put a call across to the customer care line severally to complain, but no response was given.

The customer who was so bittered added that, this month bill, which is July bill, it is so amazing that even when there was no light for over three weeks, he was still given an estimated bill of #11, 491.73.

He called on the Delta State government and other relevant authority to wade into the matter as it has become an avenue for BEDC official to defraud, steal and exploit their customers as some compounds of three blocks of flat pays #3,000.00 monthly while only one flat pays #11,000.00.