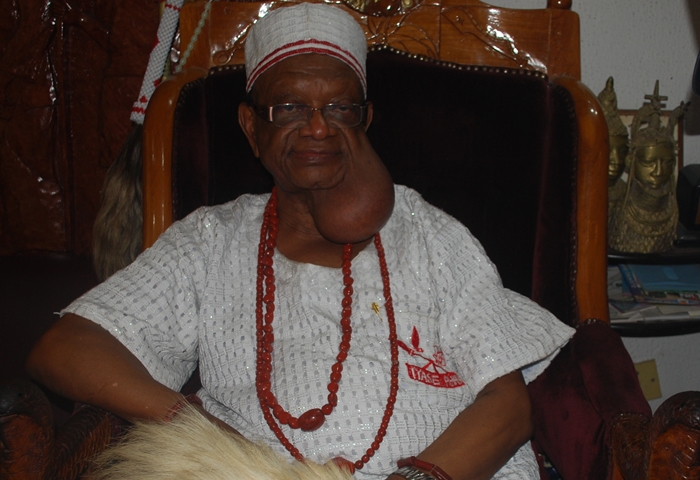 The Iyase of Ahaba (Asaba) and traditional Prime Minister of the Ahaba Kindgom, Chief Patrick Isioma Goodluck Onyeobi has expressed his displeasure at the slow pace of development in the Delta State Capital, Asaba, stressing that the absence of some basic amenities does not make it a worthy capital.

Chief Onyeobi stated this on Tuesday, October 10, 2017 while addressing the press on the occasion of this year’s Inneh festival of the Asaba people at his traditional home in Idumu-Ojei Quarters, Asaba, noted that the absence of infrastructures in the State Capital may not be wholly blamed on the present government but its a culmination of under-development by past governments.

In his words; “It is not a good advertisement that a place like Asaba hasn’t got good drinking water, it’s only borehole. Some private people dig boreholes and people have to buy water. Some basic amenities are not provided, so that we can have every cause to thank the Government.

“There are some major things which have to be done. It is regrettable that a place like Asaba, the state capital hasn’t got a cemetery and people bury their dead ones in the compound and in some cases, most of the compounds are graveyards. This is not good enough.

“It is not strictly the present government’s fault, because Asaba the state capital has been in existence for more than 25 years and 25 years is considerable time for changes to be made. Some people say go to Uyo and see what a state capital should look like, and we hope that the next few years that there will be dramatic changes

The Iyase however thanked the Government of Okowa for the efforts shown towards building Asaba some good roads but noted that there is much to be done. “I wish to use this opportunity on behalf of the people of Asaba to thank His Excellency Governor Okowa and his government for the considerable developments taking place in Asaba and we hope that now that recession has gone as we have been told, that the track Star development in the effort to transform Asaba, into a capital, worthy of oil rich Delta State so that when people come to Asaba, they will say indeed, it is a worthy capital.”

Speaking further, Onyeobi lauded the thriving peace in Asaba and implored all to sustain it harping that we should learn to live together in peace because without peace, they can not be any development.

“We generally love one and another and we have our customs and traditions which we try to maintain. There have been peace because peace is paramount to any development. We know that things are difficult but we must ensure that there is job for people to do. I do not believe that government alone can provide everything but the conditions must be created for people to be self employed so that we don’t have serious problem. One comic said that, ‘Rich Man cannot sleep because the Poor man is awake’. at least, the poor man should have the peace, to continue to manage his poverty. We just pray that God should continue to keep us and give us peace and so that we can live in peace.”