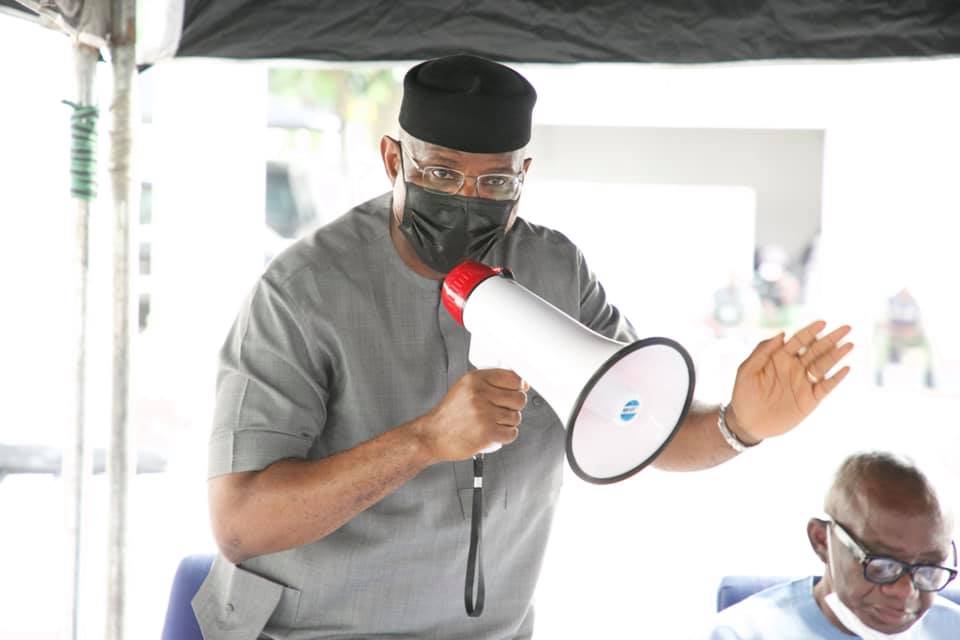 THE N150 BILLION SO-CALLED LOAN LOOKS TOO CORRUPT TO BE IGNORED.

Yesterday, the Delta State House of Assembly approved a N150 Billion loan request it received from Governor Ifeanyi Okowa. Like many Deltans, the Deputy President of the Senate, His Excellency, Senator Ovie Omo-Agege is concerned that this huge loan, so-called, is not tied to any specific major strategic developmental project thoughtfully conceived and executed in the best interest of Deltans.

Responsible public finance management demands clarity on the funding of budgets. This is a key consideration in awarding contracts for infrastructure and general developmental projects. Given Delta’s distinct comparative financial advantage compared to many states of the Federation on account of its huge monthly oil derivation funds, Deltans deserve to know the compelling justification to hastily borrow a whooping N150 Billion under the pretext of paying for contracts that the Okowa administration regularly claims it duly awarded, with funding guarantees. Strikingly, the so-called projects are all unknown to the public.

Further, why is the Okowa regime borrowing hastily against anticipated “Petroleum Subsidy Payment”/“refund” with indeterminate crystalisation time? Are they not wetting the ground for the next administration to contend with huge debts unnecessarily? Knowing that the repayment funds may not even crystalise till maybe 2027/2028, why is the regime doing this? As suggested by some commentators, is the N150 Billion a 2023 ‘election war chest’? If true, we can only advise a rethink because it will fail with serious consequences.

As reported, after about 7 years of neglecting the all-important duty of diligently settling pension commitments to our senior citizens, the Okowa regime now suddenly wishes to pay them from this so-called loan. Because these citizens are entitled to their pensions, they deserve to and must be paid their pensions, anyhow. However, the regime’s choice to pay them from an unusual source and close to the 2023 general elections is not lost on discerning minds, including our seniors. Whatever the intentions are, they will be clinically shut down at the right time.

While we recognise that borrowing is sometimes necessary in public finance management, especially in relation to mega infrastructure development, we also believe such borrowing must be responsible, and not recklessly propelled by corruption and primitive private interests. It should not be all about sinking many generations into intractable debts in the hope of achieving impossible electoral postulations.

Without question, the N150 Billion loan approved by the House of Assembly is an escalation of a very corrupt pattern of reckless borrowing by the Okowa administration to fund mystery projects or what Deltans now generally refer to as ‘audio’ or invisible projects. We strongly advise and warn them to think twice about this so-called loan. It looks too corrupt in appearance and character to be ignored. It will create too many problems for them. A word is enough for the wise.