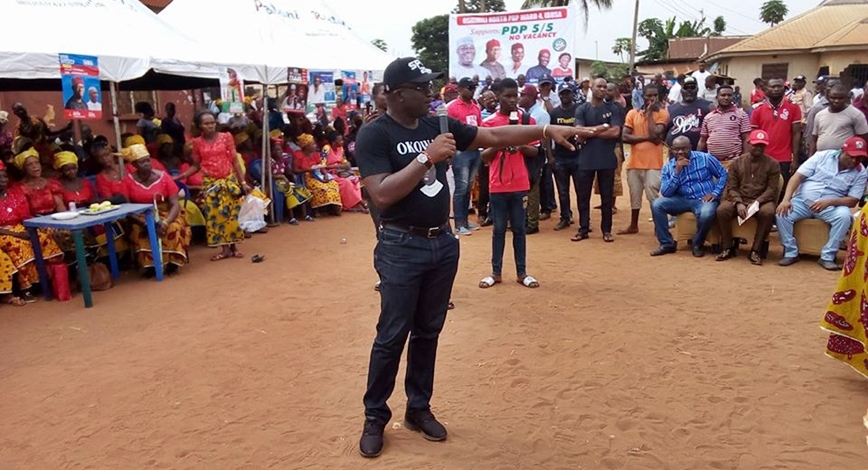 Delta State Commissioner for Information, Chief Patrick Ukah, on Friday, March 15, 2019, organised an appreciation party for members of Peoples’ Democratic Party (PDP), ward 9 (Okpanam/Ugbolu) to say thank you to them for overwhelmingly voting for the re-election of the state governor, Senator Dr. Ifeanyi Okowa, during the governorship election.

Chief Ukah said that the doggedness and the determination of members of the party in the ward contributed greatly towards giving the governor 37,774 votes, the highest in the history of the ward, during the election, stressing that the party did not loose any unit in the ward.

He noted that the result of the election in the ward clearly showed that the PDP and the All Progressives Congress (APC) are not equals in the area, advising the members to continue to be united to be able to achieve greater heights.

As the Director General of the PDP campaign council in the local government, the Commissioner for Information revealed that the campaign started well and equally ended well because there were no grudges among the members as they worked together to achieve a common purpose.

He congratulated the members for remaining calm throughout the elections despite provocations from members of the APC expressing happiness that there were no fights between members of the two parties.

Some members who spoke during the ceremony held in Okpanam, hailed Chief Ukah for organising the appreciation party for them, promising to continue to give their total support to the governor throughout his second tenure in office.