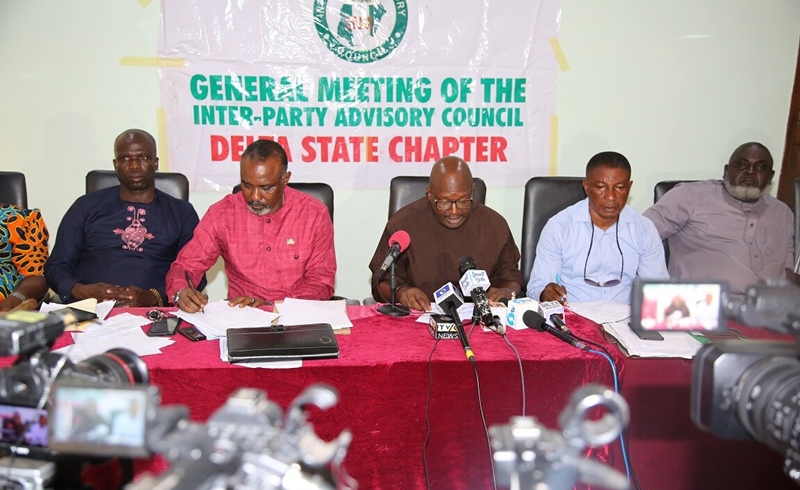 Following the successful conduct of the 2019 general elections, the Inter-Party Advisory Council (IPAC), Delta State Chapter has described the Elections in Delta State as free and fair, urging all parties to support Governor Ifeanyi Okowa to develop the state.

IPAC in a Press Briefing on Tuesday, March 19, 2019 in Asaba observed that “the 2019 Presidential/National Assembly and Governorship/State House of Assembly  elections were basically free, fair and credible and was a reflection of the will of Deltans.”

While congratulating Governor Okowa for emerging victorious at the polls, IPAC asserted, “of a truth, the election has been conducted and a winner has emerged for the governance of our state; it is expedient for us to congratulate the winner of the governorship election in Delta State, Dr Ifeanyi Okowa for running impressive campaigns just as we appeal to the losers to accept defeat gallantly and work with the winner to move Delta State to next level; we equally appeal to Dr Okowa, the re-elected governor of Delta State to carry everyone along in the governance of the state and to extend a hand of fellowship to those who lost in the governorship race.”

According to Mr Fred Obi, Chairman of IPAC in the state,  IPAC would set up a committee to reconcile aggrieved persons who participated in the elections stating that ”the elections have come and gone, IPAC, Delta State chapter is aware that there are some aggrieved persons still smarting from the outcome of the elections; to this group, we appeal that they should allow peace to reign as IPAC would constitute a reconciliation committee to look at the grievances arising from the governorship and other elections with a view to reducing litigation to the barest minimum; we must strive to heal all wounds and work for the peace, progress and development of Delta State.”

IPAC commended the Independent National Electoral Commission, security agencies and Deltans for their active participation in the electoral process and appealed to Deltans “including all those who lost in the just concluded elections to sustain the peaceful ambience in the state as it would be counter-productive for anyone to heat up the polity at a time when all hands should be on deck to support government to move Delta State forward.”

“The political class in Delta State should think more of the progress of Delta State than their personal ambitions; that is the only way they can earn the trust of Deltans,” the IPAC Chairman said.