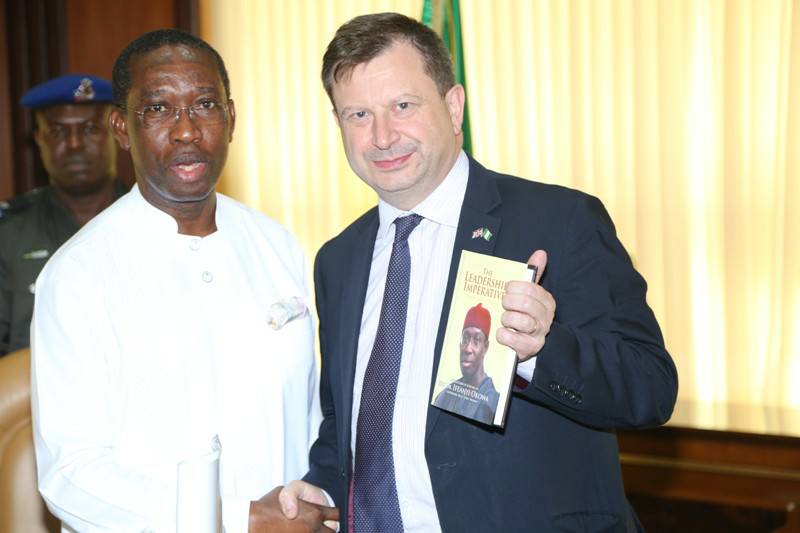 Welcoming the High Commissioner and his team to State, Governor Okowa impulsed the United Kingdom and other countries who have stakes in the country particularly in Delta state and the Niger Delta Region to invest in employment generating ventures, stressing that, anything that will create more job opportunities for the youths should be encouraged.

In his words, “I want to reassure you that peace has returned to Delta State and we look forward to having investors from the UK and other European countries; Delta State is blessed with fertile land apart from being rich in oil and gas, and we are encouraging our youths to go into agriculture to be employers of labour; we are giving hope to our youths.”

While noting that most of the crises in the region were blown out of proportion, the governor disclosed that only the creeks of the state was affected by the pipeline vandalism asserting, “we had some pipeline vandalism in some parts of the state but, efforts have been made for us to achieve peace which led to the Vice President visiting the state and the people are further encouraged to strengthen the existing peace.”

“One of the issues at stake was the Maritime University and it is receiving deserved attention; it is our hope that the peace process will be consolidated within the next few months,” he added.

Governor Okowa assured investors that the state was not only safe and investment friendly but that his administration was committed to ensuring quick returns on investments for companies doing business in the state.

The High Commissioner, Mr Arkwright in his remarks said, he was in the state to look at areas of economic benefits for his country, observing that Delta was one of the key states in the country.