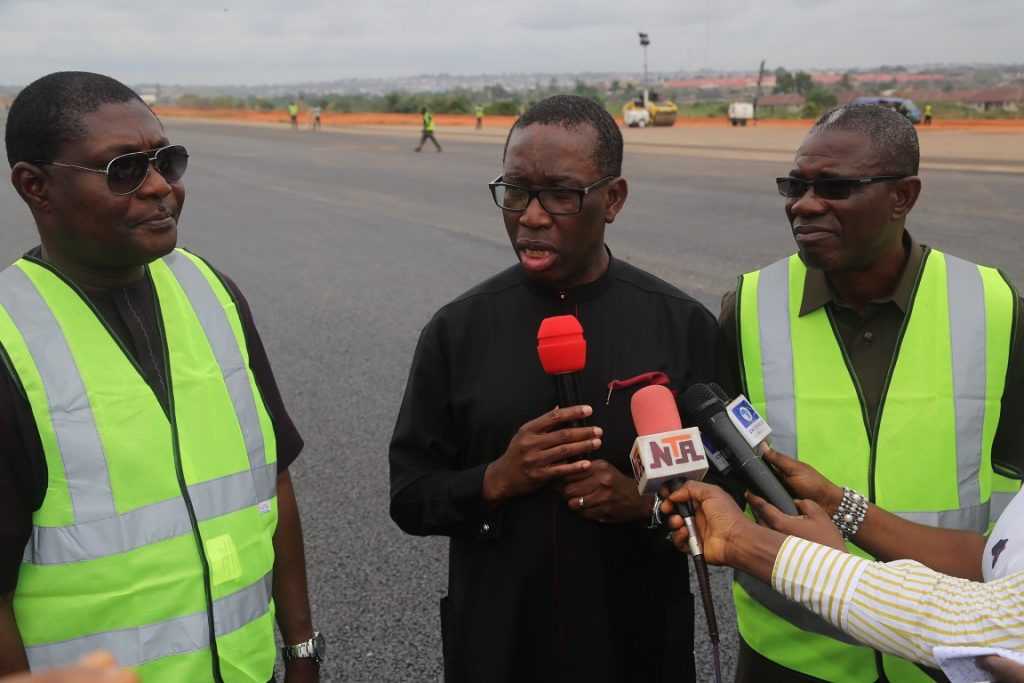 Governor Ifeanyi Okowa has taken a swipe at ULO Consultant Limited for failing to deliver a standard runway for Asaba International Airport despite the several years of being on the job which has caused the state to loss revenue.

Okowa, while on an inspection tour of the Airport on March 1, 2018 to ascertain the level of work being done by the new contractors, Setraco Nigeria Limited, said, “it took two years for ULO to construct 900 metres of the runway but, it gladens my heart that in just three weeks, Setraco have done 1.1 kilometre of the runway.”

The Governor expressed confidence that commercial activities will be in full swing at the Asaba International Airport in July, this year. Adding that the contractor handling the reconstruction of the runway, Setraco had proven that the project could be delivered within three months.

“From the work programme, it may be possible for Setraco to complete the project in three and half months, the speed with which they mobilised to site is wonderful, we thank God for intervening which made us to re-award the contract,” the Governor said, emphasising, “we are confident that in another four months, there will be a lot of bigger planes landing here.”

Engr. Jihad Yahgi, Area Manager, Setraco who explained the level of work done so far, disclosed that apart of the runway, the company was in the process of completing the water channels at the airport.

He assured Delta State government that work will be completed on schedule according to specifications.