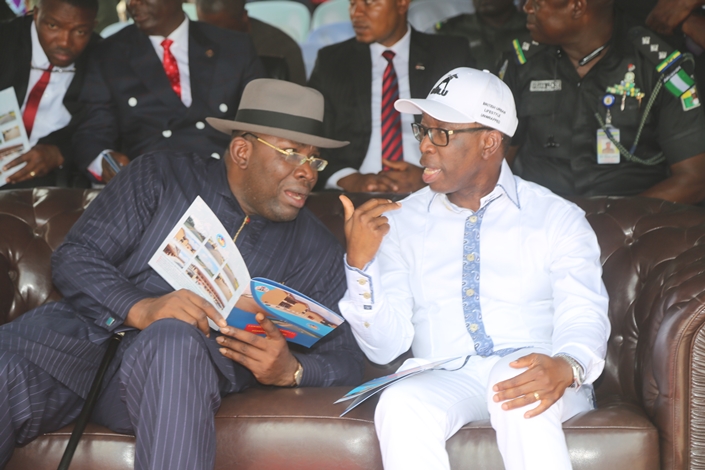 In a condolence message to Governor Dickson, the government and people of Bayelsa State, Okowa said Mrs. Dickson’s death is a great loss not only to Bayelsa State but the nation in general, given her invaluable contributions to the cause of humanity.

Governor Okowa’s condolence message was contained in a statement by his Chief Press Secretary, Charles Aniagwu, wherein the Governor, described the late Madam GoldCoast Dickson as a quintessential mother, devout Christian and community leader who devoted her lifetime to the service of God and humanity.

Governor Okowa paid glowing tribute to Madam Dickson for being a good mother and urged the Dickson family to take solace in the fact that the late matriarch lived to witness the enormous successes achieved by her children culminating in the emergence of Hon. Henry Seriake Dickson as Governor of Bayelsa State.

“On behalf of the government and people of Delta State, I commiserate with my brother, friend and colleague Hon. Henry Seriake Dickson, Executive Governor of Bayelsa State on the painful loss of his beloved mother, Mrs GoldCoast Dickson.”

He called on the bereaved family to uphold the cherished ideals of community service, kindness and generosity associated with the matriarch of the Dickson family and prayed the Almighty God to grant repose to her soul, and give the Dickson family, the people of Bayelsa State and the entire nation the fortitude to bear the irreparable loss.