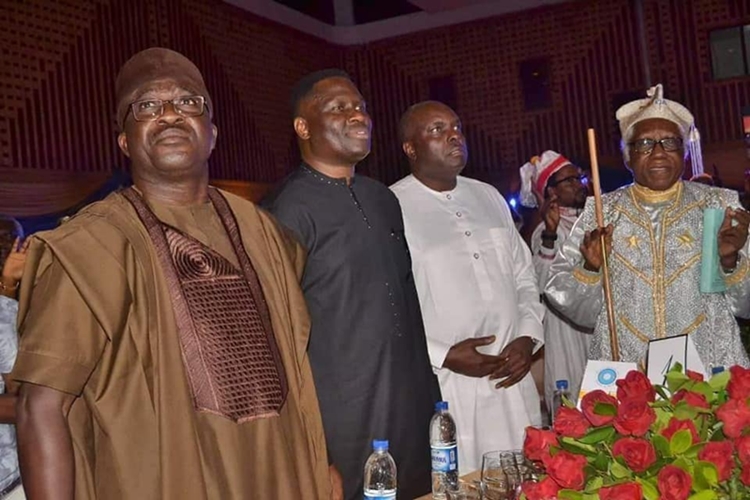 Represented by the Commissioner for Information, Mr. Patrick Ukah, the Governor stated this at the Special Dinner in Honour of the Baba Aladura’s First Induction Anniversary as Prelate at the MUSON Centre, Onikan Lagos, on Saturday.

He noted that ESOCS means much to the state as the past Baba Aladura took particular interest in the well being of the state and that the two former Governors of the state has lots of attachment to the church.

Also, the President of the Christian Association of Nigeria (CAN), Rev. Supo Adeniyi Ayokunle, who was represented by Rev. Dr Benebo Fubara-Manuel of the Christian Council of Nigeria (CCN) equally rejoiced with the Baba Aladura saying it was a great privilege to be called into such a high office.

Speaking earlier, the SAG/Secretary of ESOCS, Elder Dr. Nafo Emuchay, said that it was a great day for the organization and that it was indeed gladdening to see the large turnout of members from far and near happily united as one family in the Lord.

The celebration featured lots of performances from different musical bands from states across the country, particularly the Grace Band from Port Harcourt, Rivers State, bands from Imo state, individual performances, including comedy and jokes by Comedian Ese One from Warri, Delta State.

The audience was held spell bound by a five and a half year old girl who manipulated the trumpet perfectly.

Among the dignitaries that graced the event were former Governor of Delta State, Chief James Onanefe Ibori, Snr. Apostle Sylvanus Okorete of Delta CAN, Ex Managing Director of Access Bank, Aig Imokhuede, and many other men of God.