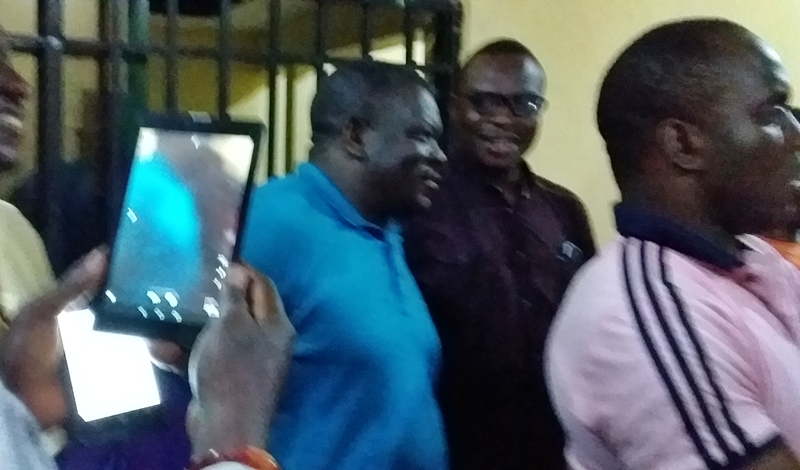 …Extend Hands of Fellowship to Opponents.

The Peoples Democratic Party, PDP, has clinched the Ukwuani State Assembly Seat in the Governorship and State Assembly Election Held on 9 March 2019.

Declaring the result of the election, the Independent National Electoral Commission, Local Government Collation Officer, Prof Victor Okonji, from University of Benin, declared the candidate of PDP, Hon Christopher Ochor Ochor the winner with a vote count of 17,536 to defeat his closest rival, Mr Eze Omolu of the All Progressive Congress, APC, who scored 7,172 votes.

Hon Ochor who made the statement immediately he was pronounced winner at the INEC’s office in Obiaruku, said the winning of the party in the LGA, for Governor Ifeanyi Okowa re-election, and his state house of Assembly is to continue to the SMART Agenda programme of this government.

“I have to first of all thank God, and the people of Ukwuani for voting for the Peoples Democratic Party candidates. As I had promised them that I will give them good representation, they should expect it.”

“The winning of PDP in Ukwuani, means more dividend of democracy will come to the area, as I will join His Excellency, Senator Ifeanyi Okowa to pursue the SMART Agenda of the government.”

Meanwhile, in the spirit of sportsmanship, he has extended hand of fellowship to his opponents to join him for the good of the local government.

While congratulating the other candidates for bracing the odd of electioneering, he said its time to move the area forward, and it will be better for all to join hand in pushing for the development of the area.

“For my co-candidates. I congratulate them for the courage to contest. However, this is the time for us to think Ukwuani first. So I implore they join hand for the future of our area.

Meanwhile, the candidate of the People Democratic Party, PDP, Senator Ifeanyi Okowa, scored 18, 328 to defeat that of the All Progressive Congress, APC, Chief Great Ogboru, who scored 7,264 Votes.