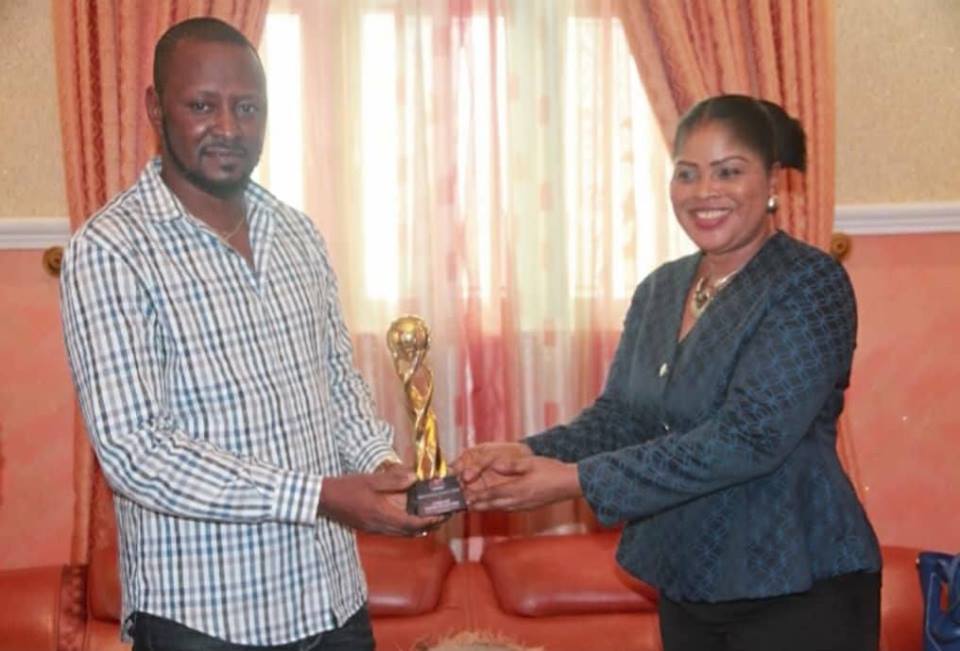 The anti corruption activist and founder of the Anti Corruption and Integrity Forum, Comrade Prince Kpokpogri has revealed that his strength to fight corruption comes from God, adding that one cannot expose corrupt leaders and individuals in Nigeria with a feeble mind.

He made this assertion in an interview with our correspondent to give his opinion on the recent meritorious award presented to him by the Nigerian Television Authority, NTA in commemoration of their 40th anniversary in broadcasting.

According to him, “I feel great, I feel encouraged; it shows that a lot of people are watching and they are seeing what the organization – Anti Corruption and Integrity Forum is doing. I feel boosted with this NTA Meritorious Award, and I will do more just to continue to gain the confidence of the public”.

Asked whether the Nigerian Government was actually winning the war on corruption, he said yes. He stressed that this was the first time Nigerian Governors were being sent to jail without an option of fine.

Further questioned if sending corrupt politicians to jail would be a solution to curbing corruption or rather working on the attitudinal change and value reorientation of the people; he disagreed by saying that corruption has festered so much more in the country that it doesn’t need the kid’s glove treatment.

He posited that the mindset of an average Nigerian politician has been so saturated with corruption, maintaining that the only thing that could tame them is sending them to jail.

” You cannot reorient an already corrupt mind now, the only thing is to send them to jail to act as a deterrent to others. By jailing corrupt elements in our society, others will thread cautiously. We must watch our conduct; those in government should be careful how they spend public fund. They are there to serve and not to loot public money for their selfish gains”, he affirmed.

The fearless corruption fighter, however, confirmed that his organization was in court with over eight corruption cases. He said that the Forum is currently in court with a sitting Senator and some government parastatals, including AMCON, Ministry of Petroleum, NNPC, NDDC and others, adding that one milestone the Forum had achieved in recent times is having an international backing.

He therefore, thanked the NTA for their doggedness, goodwill and for recognising him and his organization for the Meritorious Award; asking God to bless the station to grow from strength to strength.

During the award ceremony in Asaba on the 30th of June 2018, Prince Kpokpogri was away in South Africa. But as a result of the importance attached to the award, as soon as he was back, the NTA crew came to his house and presented the award. He was recognised for his Advocacy Against Corruption.