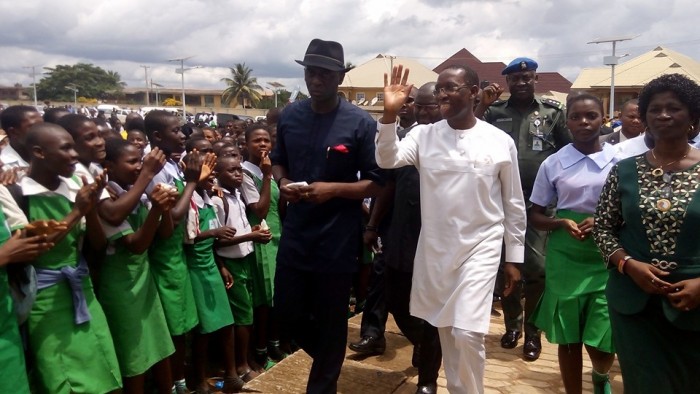 The Delta State Government has squashed the buzzes making the rounds in some quarters that it has reintroduced school fees in public secondary schools in the state, describing the speculation as groundless.

The State Commissioner for Basic and Secondary Education, Mr. Chiedu Ebie who disclosed this yesterday in a telephone chat with the Pointer, said that there was no iota of truth in the rumour.

According to Ebie, the State Government is irrevocably committed towards stimulating sustainable growth and development in the education sector of the state’s economy.

He emphatically added that the state government was not contemplating on reintroducing payment of school fees in its primary and secondary schools across the state.

While, saying that any school head caught in the collection of illegal levies (fees) would be disciplined in accordance with extant rules in the state. Commissioner Ebie implored members of the public to discountenance the rumours in its entirety, adding that they should report anyone caught in illegal exercise (collection of school fees) should be promptly reported to the appropriate government agencies for necessary action.

However, some principals of public schools in the state are allegedly collecting the sum of N1,500 from students in Senior Secondary School Three (SSS 3) under various classifications (categories).

According to investigation by the Pointer, SSS 3 students in some public secondary schools in the state are now made to pay N300 for school fees, N700 for WAEC accreditation fees, N300 for foolscap sheets and N200 for passports all amounting to the sum of N1,500.