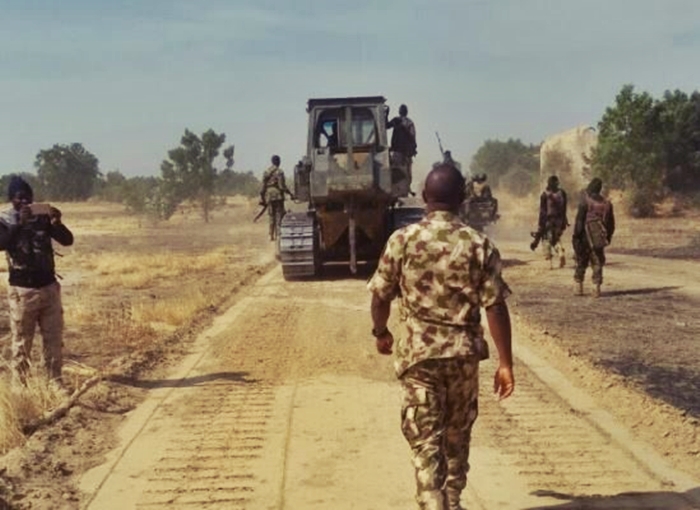 The Nigerian Army will from Monday 27 to Friday 31 March 2017 turn up activities at Camp Zero in Sambisa Forest for the 2017 Nigerian Army Small Arms Championship (NASAC).

The Chief of Training and Operations of the Nigerian Army, Major General DD Ahmadu made this known in a press conference intimating members of the public of the schedule championship.

Addressing newsmen at the Theatre Command HQ Conference Room, Abuja, He noted that there will be fire power demonstration in order to sharpen the marksmanship skills of the Nigerian Army personnel.

Additionally, the NASAC 2017 is designed to consolidate on the total defeat and routing out of the Boko Haram terrorists from their operational headquarters at Camp Zero in Sambisa Forest. Furthermore, the championship will also mark the commencement of the on-going plan to move speedily and make the Sambisa forest general area safe for habitation and subsequently make it an area for the Nigerian Army training activities.

To this end, provision has already been made for the opening of more roads, construction of culverts and bridges by the Nigerian Army Engineers to facilitate easy movements to the general area. The NASAC 2017 is unique with the introduction of Nigerian Army fire power demonstration as part of the activities. This would enable Nigerian Army to test its armoured tanks, infantry weapons and artillery guns as well as various weapons in its inventory to enhance battle marksmanship and professionalism of its personnel.”

He added that, “there is no gain saying that the small arms championship is set to be another epoch making event that would further emphasize the Nigerian Army’s effort and resolve in meeting and sustaining the constitutional role of defending the territorial integrity of the nation as well as its commitment to peace and security in various parts of our dear country. In this regard, the general public especially the residents of Borno state are enjoined not to panic as their safety and well-being will continue to be guaranteed.

However, the general public is requested to remain on high alert and be security conscious, as insurgents fleeing from military operations in the North East have started infiltrating to hibernate amidst innocent communities. The public is also reminded to report any suspicious activity or movement to the nearest military formation or other security agencies for prompt action.”