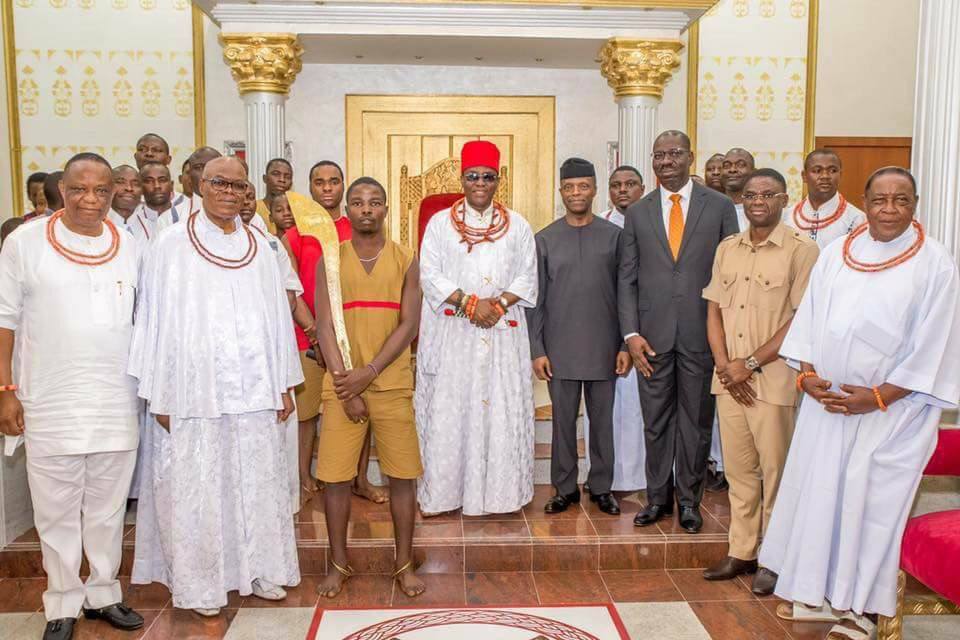 Acting President of Nigeria, Professor Yemi Osinbajo on Monday, 6th of March 2017, visited Benin City, the capital of Edo State. His visit was a continuation of his engagement and consultation with the Niger Delta States to interact with leaders of the oil producing communities on how to resolve the persistent crisis in the region of which he has already visited Delta, Bayelsa, Rivers, Imo, and Akwa Ibom States.

Professor Yemi Osinbajo has this to say about his visit to Edo state and his subsequent stakeholders meeting with members of the Oil producing communities.

“Yesterday, I was in Edo State to continue the interactive engagement with oil producing communities. I visited the Oba of Benin’s palace and attended town hall meetings with representatives of Ovia North East, Ikpoba-Okha and Orhionmwon local government areas. Yemi Osinbajo Waves on to Cheering Crowd in Benin City

I listened to the young men and women who described in detail some of the issues they have experienced as residents in the oil producing communities. I also laid out President Muhammadu Buhari’s vision for the Niger Delta.

It is time for action. The future is here. There is no time to waste.

We must all re-commit to working together to making the Niger Delta a vibrant and dynamic economic zone.

Together, Nigeria will prevail.”