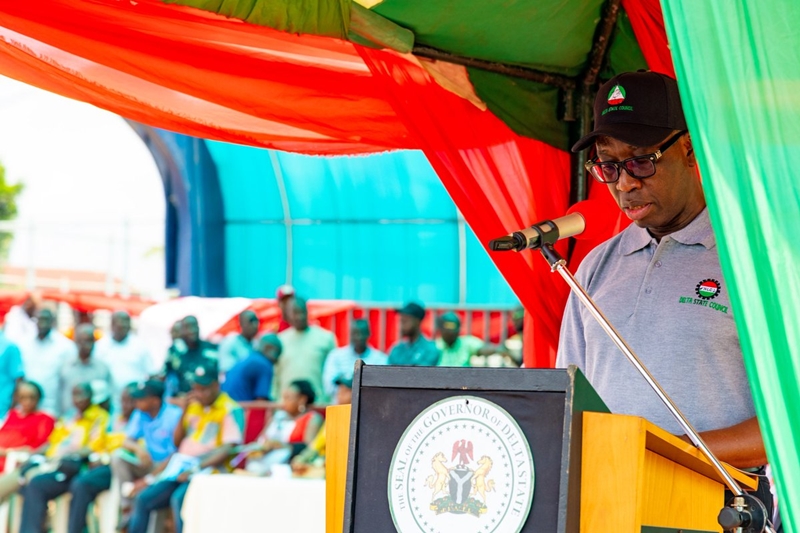 The popular saying, honesty is the best policy, was further emboldened today, MAY DAY internationally recognized as Workers’ Day, when Mr Benson Ekotor was rewarded for his honesty by the Delta State Government.

Mr Ekotor, an employee of the Delta State Civil Service who reportedly received an excess of N53 Million to his monthly, returned same to the state coffers.

The State Governor, Dr. Ifeanyi Okowa while addressing members of the organized labour under the auspices of the Trade Union Congress (TUC) and the Nigeria Labour Congress (NLC) on the occasion of the 2019 International Workers’ Day at Saint Patrick’s College, Asaba, announced the presentation of a brand new car to the civil servant.

Earlier, Governor Okowa reassured civil servants in the state of his administration’s commitment to implementing the N30, 000 new minimum wage approved by the Federal Government.

He described labour unions as great defenders of the welfare of workers, saying, “the efforts of the trade unions towards the promotion of the interests of Nigerian workers have not gone unnoticed and I wish to reiterate the determination of the state government to pay workers the N30, 000 new minimum wage approved by the Federal Government.”

“I therefore, call on workers in the state to re-dedicate themselves to the service of our beloved state for the benefit of all,” the governor stated, adding, “the prevailing cordial industrial relations in the state have encouraged government to sustain its welfare and training programme; we have consistently paid salaries as at when due; let me assure you all of this administration’s policy of investment in the wellbeing and professional growth of workers through training and exposure to modern techniques.”

Governor Okowa disclosed at the occasion that to tackle the issue of unemployment, his administration is making efforts to recall some of the employees that were dropped and is “determined to open up more skill acquisition opportunities for the absorption of our youths to train in various fields and trades for self-employment.”

“I commend the labour unions for consistently defending and advancing the political, economic and social rights of Nigerian workers; your efforts towards promoting the interests of Nigerian workers have not gone unnoticed and as as partners in progress, I enjoin you (labour) to continue your hard work, resilience and commitment because, we are partners in this undertaking of governance and together, we will succeed in building a greater Delta State,” he emphasized.

Chairman of TUC in the state, Comrade Michael Nwobodo and his NLC counterpart, Comrade Goodluck Ofobruku had in their speeches, thanked Governor Okowa for being labour-friendly listing some of his administration’s activities to include prompt payment of salaries.