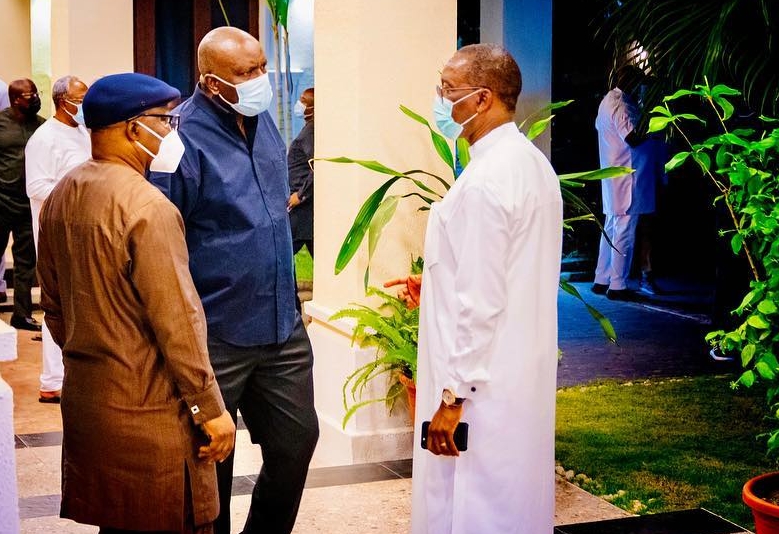 By MOVEMENT FOR STRONGER DELTA

The author of “Delta 2014 election: Fmr Gov James Ibori near-suicide mission that caused Ex Gov. Emmanuel Eweta Uduaghan deliberate sellout,” could have at least been more decent in concealing himself as a well-known perjurer, who tells stories by the moonlight based on the figment of his imagination to earn the filthy lucre. But no, the leopard can never change its spot.

Of course, the liar lives by blackmail; it is his stock in trade. But unfortunately, he wants people, including well-meaning and reasonable members of society to believe his lies and phantom stories, the product of a jobber in hack writing. This one is a specialist in this trade and he deploys the unconscionable use of his talent of immorality for the benefit of who ever seeks to pay for it.

How else should the author of the topic that made the headline above be described, if not in the foregoing preambles. The one who gave his sobriquet as “God’s Pen of Morality” insulted the Almighty God by associating the heavenly father’s name with his depravity expressed with his pen that drops ink of deceit on tablets on which it scribbles. Take for instance, as an expose of the fabrications of this liar. He stated in his foolish write-up to wit: “Everyone had aligned. Uduaghan was not backing down. He knew Okowa. He feared Okowa tribal factor

They had been friends, still friends, bossom [sic] friends, SAME CHURCH.” (Emphasis ours).

For those who know, it’s an open secret that Okowa and Uduaghan don’t attend the same church. Uduaghan attends the Baptist Church, while Okowa attends the Anglican Church. So, how does one trust the stories that this falsifier of facts tells? That is one.

Second, the fibber wants everyone to believe that he has access to information of those playing the game of politics; we shudder to ask if he is talking about access to the kind of information in which he lied that Uduaghan and Okowa attend the same church when it’s crystal clear that they belong to different Christian denominations? How he expects anyone in his right senses to believe the cock-and-bull-story of a fiction writer beggars understanding. At best, such a story, like this particular case, is treated like the telltale of a political jobber seeking to please those who hired him as their attack dog.

Of course, other shreds of evidence of this abound in the con artist. Hear him: “Access to the inner temple or to the personalities playing the game

Hate this But I have both”. He should tell this to the marines, for it’s well known in journalism circles that elective office-seeker in their desperations often get persons hired to play their cards by writing spurious things that have no basis in reality but just to spite those they want to get even with by getting out make-believe stories out from the cocoon of such “inner temples”.

It’s all a lie. This fabricator has access to nothing tangible, but a swindler’s intentions to hoodwink the unwary. It is equally obvious that his fabrication is aimed at playing on sentiments and emotions of political and party leaders, all with a deceptive mindset to make Okowa the fall guy in the ongoing governorship political scheming in Delta State, by playing the political leaders against themselves. Unfortunately for him, Deltans and PDP loyalists know better, as they can read between the lines.

We in MSD are also not unmindful of the ethnic colouration in the vile write-up, which of course, gives the author up as an ethnic xenophobe.

We urge the good people of Delta State and the great leaders of the Peoples Democratic Party (PDP), party loyalists, supporters, and friends of the party to ignore the evil machinations of this deceiver and treat his work as the penchant of a fraudster. Today, the alias of this fabricator should be ‘Devils Pen for Immorality.’

The party leaders are at work, putting their heads together and at the appropriate time, they will point the torch to show the way that the party should go. Until then, let’s remain in unity and remain focused on the mission for the emergence of a STRONGER DELTA.