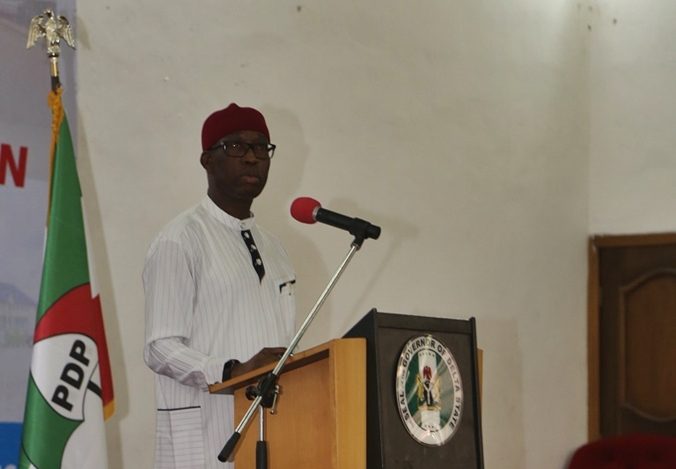 As workers in Delta State join their counterparts around the world to celebrate the 2017 International Workers Day, popularly known as ‘May Day’, Governor Ifeanyi Okowa has described Nigerian workers as “the driving force” of the country’s development due to their priceless contributions.

In a statement on Sunday by his Chief Press Secretary, Charles Aniagwu, in Asaba to mark the 2017 Workers’ Day celebration, Okowa praised the resilience and commitment of workers in the state to his administration’s SMART Agenda.

He described the contributions of workers to the economy as priceless and invaluable, assuring that the State Government will continue to ensure the welfare of workers by regular and prompt payment of their salaries and allowances.

Governor Okowa acknowledged the challenges facing pensioners, NULGE and teachers in the state, adding that the State Government will continue to collaborate with Local Government councils in the state to tackle the payment of salaries of NULGE and Primary school teachers.

“As we mark this year’s Workers’ Day, I commend Nigerian workers for their significant contributions to the growth and development of the nation’s economy.

“As a government, we believe that workers deserved to be motivated and appreciated for the roles they are playing in ensuring increased productivity, stable government and virile economy.” he said

Governor Okowa further assured that his administration would continue to guarantee the safety and well-being of workers in the state.