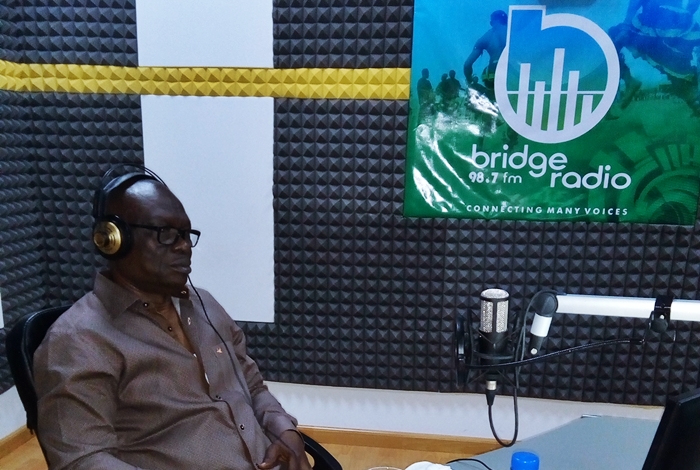 As part of his advocacy for review of workers’ minimum wage, former Secretary to Delta State Government, Comrade Ovuozourie Macaulay has stressed the need for a first line charge salaries deduction model for state governments.

Macaulay stated that the payment of workers salaries is non negotiable, and should be on top of every state government priority.

The former Chairman, Nigeria Labour Congress (NLC), Delta State Chapter, who spoke on air, Bridge FM ‘Straight Talk’ programme, on Thursday May 3, 2018, posited that Labour should be able to speak out when civil servants are relegated in government’s scale of preference.

Responding to the preferential quick remuneration of political appointees against civil servants, Macaulay called for equal treatment as regards payment of government staffers.

According to him, “Salary is non negotiable. While I advocate that salaries should be on a first line charge I must also sue that government staff should be given equal treatment as regards salary payment. Political appointees and civil servants are both workers and should get equal treatment. Any Democratically elected governor should have that at the back of his mind.”

In the same vein, he reiterated the need for workers and unionist to get actively involved in politics.

Macaulay emphasized that no body can understand the plight of workers better than an insider. “A government without a labour background, might not really understand the position of labour. Hence I call on workers to get involved.”

He disclosed that findings from as member of a five man committee, of which he was a member to South Africa for study of the labour -party relations, informed the formation of Labour Party (LP). “Of course, the Labour Party was able to get its prints on Nigeria political sands.”

The veteran labour leader, however decried the factionalization of labour in contemporary Nigeria, which he ascribed to personal interest of certain leaders.

“My achievements in the labour were for the workers. They are still there. I never agitated for anything personal. It is a very unfortunate situation in today’s labour. We have never had it so bad. There is a high level of decadence.” He stressed.