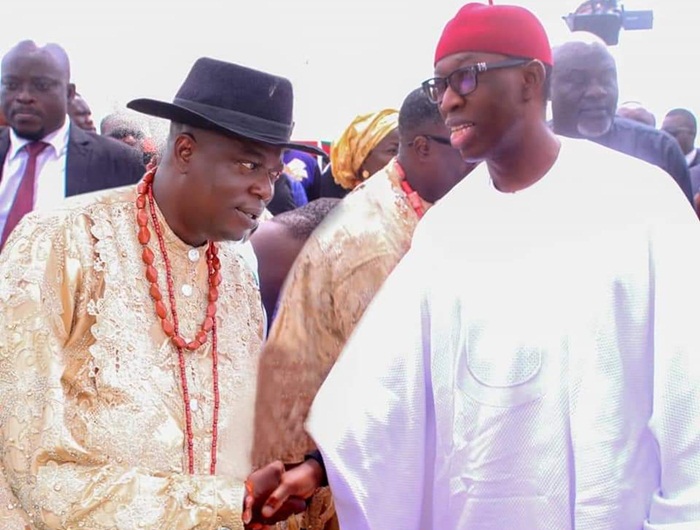 The remarkable event where the State Governor, Senator Dr Ifeanyi Okowa admonished the Deltans to live a life of impact while on Earth, just as the Late Chief Mrs Lyn Ivie Ohwojeheri fully impacted his Life, had in attendance notable personalities from all walks of life within and outside the state.

In a letter of appreciation made available to journalists, Chief Ejiro Nomuoja Esq, one of the sons of Late Hon Chief Mrs Lyn Ivie Ohwojeheri JP, showered praises and expressed his appreciation to the large turnout of political big wigs, social, cultural and political groups, as well as other numerous well-wishers from around the world who gathered to give Mama Agbarho as she was fondly called, a befitting burial.

Chief Nomuoja specially thanked His Excellency, Senator Dr Ifeanyi Okowa for taking out time to pay his last respect to Mama Agbarho. “His presence provided great comfort to the family of mama which surmised that mama indeed did not live her life in vain”, he expressed.

Special thanks also go to His Royal Highnesses, The ORODJE OF OKPE Kingdom, The Ohworode of Olomu Kingdom and The Orovworere of Effrun Otor Kingdom. “Thank you all for your prayers, attendance, and counsel towards the successful funeral rites of our late mother.”

“I am immensely grateful to all other Individuals and groups too numerous to mention for the Love, Prayers and Support showered on my family and I during the burial of our late mother.” Nomuoja said.