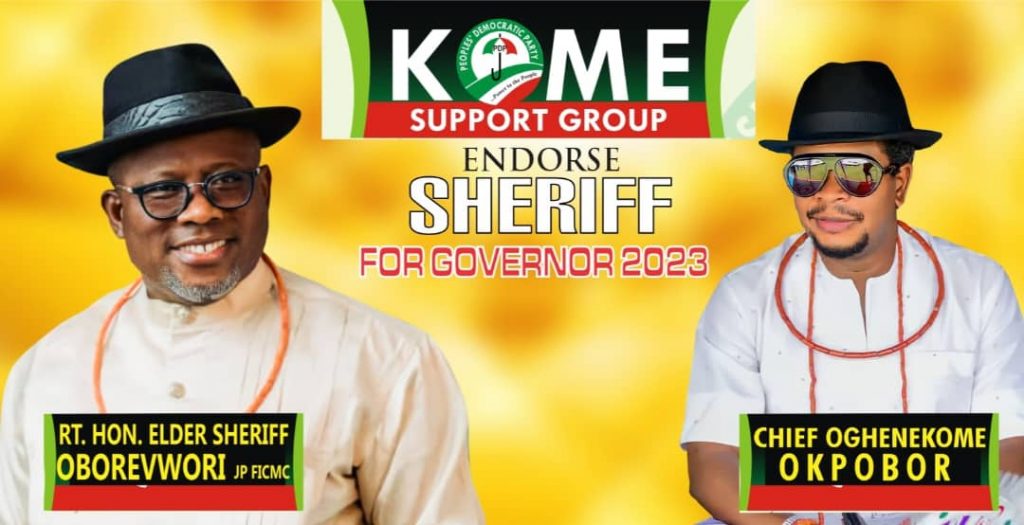 Chief Kome, a former Executive Assistant on oil and gas to His Excellency, Sen. (Dr.) Ifeanyi Okowa noted that the speaker has proven himself to be a loyal and committed party man whose contributions in various ways have helped the current administration to deliver on its promise to Deltans.

While addressing newsmen in his home town of Iyede, he noted that as an individual, he decided to throw his full support behind the Party’s flag bearer from the very beginning amidst uncertainties and he is glad that the majority of the Party’s delegate also decided overwhelmingly in his favour.

In his words, “I feel fulfilled and satisfied with the outcome of Wednesday’s election. It is my belief that loyalty should be rewarded at all times. The Speaker has demonstrated absolute loyalty and commitment to the party, the governor and the people.

“It is on record that I was the first and perhaps the only person to openly put my picture alongside his on major billboards across the state. Ordinarily, that should be politically incorrect but my belief and loyalty to the system and his person remained unflinching.

“I decided to embark on full chest campaigns in support of his candidacy even when many preferred the Nicodemus kind of support. Long ago, I decided to put my money where my mouth is, with billboards and other forms of campaign even before the selection process began.

“The message to me then from many politicians was that I had misfired politically and the decision could go south should he not win the ticket. In fact, many called on me both within and outside Isoko to drop the billboards. But that didn’t matter to me as I was determined to follow through with my convictions. I am glad he made it and wish him good success in the general polls”.

He also remarked that he was fully prepared and ready to fight alongside Rt. Hon. Sheriff Oborevwori and other stakeholders to ensure victory come 2023 general elections.