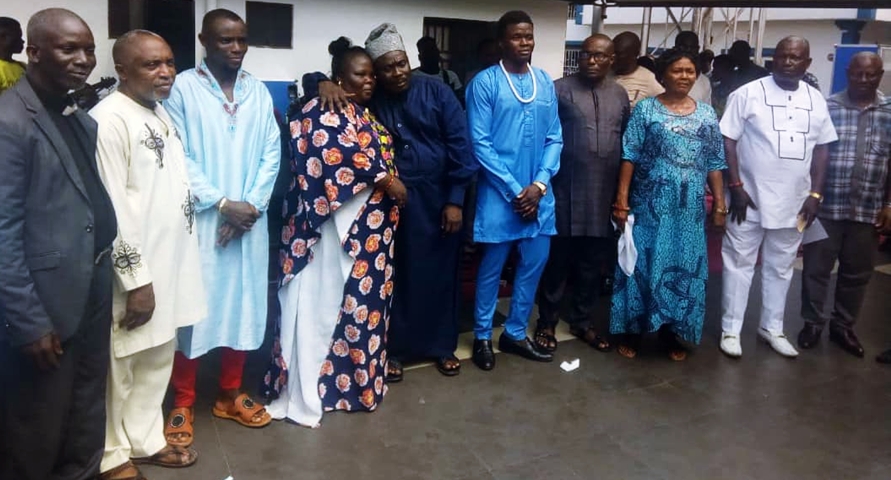 The paramount ruler of Obotebe Kingdom, in Burutu local government area of Delta State, King Emmanuel Warewini Arikawei has said that education remains the key for growth and development in any society.

King Arikawei stated this while speaking at a ceremony put together by his wife, Queen Ebimo Arikawei in honor of two of their sons, Prince Marvis Arikawei and Prince Bekes Arikawei who recently graduated from University of Cape Coast, Ghana.

The Monarch who highlighted the importance of education in nation building, said Nigeria can only get it right when the required attention is given to the education sector, stressing that playing politics with the education of the children amounts to destroying the future of the country.

While emphasizing the need for good moral conduct and academic excellence among the younger generation, King Arikawei advised all to strive for the best at all times to make their parents and guardians happy and proud.

He congratulated Prince Marvis and Prince Bekes for making the Obotebe kingdom proud and for upholding the virtues of royalty while in Ghana, saying that their achievements were worthy of emulation.

Admonishing parents to be role model to their children, King Arikawei stressed that the joy of parenthood comes with enormous task and responsibility, maintaining that inculcating the right values and virtues is critical in child development.

In her remarks, Queen Ebimo Arikawei said the gathering was to share in the happiness of her sons as well encourage them, their friends and others to always engage in things that will add values to their lives and family names.

Others who spoke including, Chief Samuel Bebra, Chief Micheal Akoubodo, Chief Wilfred Egan, Mrs. Afusatu Fuseini and Bishop Joel Adonya commended Prince Marvis and Prince Bekes for exhibiting the true character of Obotebe people which is hard work and crave for excellence while in school in Ghana.

Prince Marvis and Prince Bekes lauded the efforts of their parents to making their future bright and great and promised never to let the royal family down as well as remain good ambassadors of Obotebe kingdom.