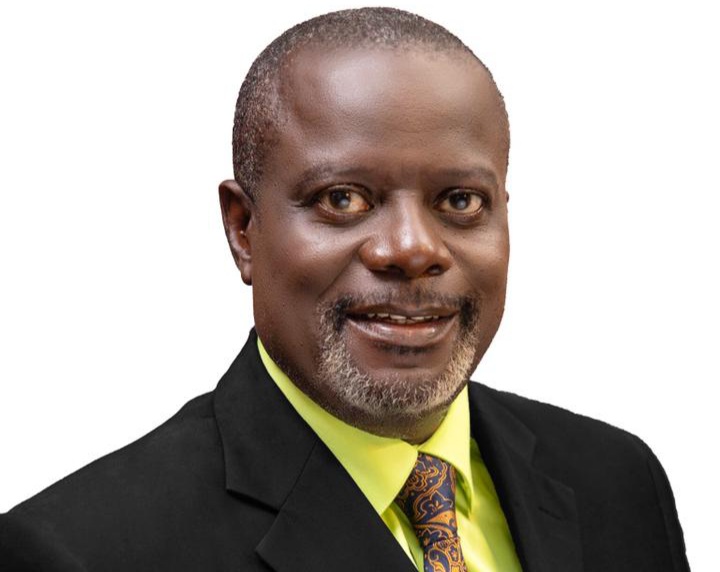 To you who are my immediate family, brothers, sisters, friends and the wider Anioma family, I wish to formally notify you that The Labour Party, under the leadership of Peter Obi and in the search of good hands to support the party’s vision for Nigerians, have elected me the Labour Party candidate for Delta North senatorial district in the 2023 elections.

My name is Ken Kanma. I am from Ogwashi Uku. I am a lawyer, real estate developer and farmer. I attended Ikelike Model Primary school in Ogwashi-Uku in the 70s before proceeding to other parts I seek the opportunity to help create a new and better Nigeria as being proposed by the Labour Party. I am willing and ready to serve!

The primary and most important constitutional duty of the government is the welfare, security and protection of the life and property of the Nigerian people. These government at state and federal levels have failed massively to protect our people from banditry, kidnapping, insurgency and general insecurity. I do not think there is any person within the length and breadth of Delta North senatorial district who has not felt the negative impact of insecurity.

Even those who pretend in public that all is well because of their support of the old parties, PDP and APC, know deep down in their hearts that the people they are supporting have brought shame and immeasurable suffering to our people. They know and see the hopelessness and trepidation of the farmers trying to make a living in their lonely farms, of travellers going through our unsafe roads not sure the actual cost of that travel, and indeed almost everyone who desires a sane and stable society and cannot see any possibility of hope of a better Nigeria, if things remain the same.

The government has failed woefully in its most important duties: which are the lives, welfare and security of the people, the primary purpose of government.

These supporters know the people they are supporting are failures for creating or allowing such an insecure environment to exist in our district and our country. But they look at what they are gaining today and are afraid of what they will eat tomorrow. So, they speak in support of evil and forget that you do not sell away future generations of your people for a mess of porridge.

To all such supporters of the old parties who continue in that support because of what to eat, I say fear not, when Labour Party begins to reign there will be enough food for everyone ready to work, as the country will move away from a consumption economy which is where we are now, to a production economy, which Labour Party will surely achieve when voted into government.

There are so many reasons why right-thinking people in Delta North senatorial district are seeking freedom from the past and a rebirth of the new Nigeria under the Labour Party.

We are all witnesses to the failure of government to protect our people from the evils of insecurity, the killing and raping of our people who try to farm. We also see the paucity of federal presence in our senatorial district. Even the dam that would have served Aniocha/Oshimili federal constituency, is still not completed several years after it was declared completed!

We also see that poverty is overtaking our people in the midst of abundant human and natural resources because of very bad government policies. We see the way Naira is falling and prices of goods and services are rising and the government treats it as normal for price to keep doubling almost every year.

We also see the impunity of the security agencies against our people, the way people are locked up for flimsy reasons and police are used against our people because we are not properly guided. It is the duty of our representatives to see that our laws are deplored to the service and protection of our people and not for use against them.

We also see the deliberate weakening of the judiciary so that the last hope of the common man will not be strong enough to sustain that hope.

In the past, it had been the prerogative of career politicians or deep pocket money bags to represent us because only such would get the ticket to contest in the other parties. But they have not taken the job seriously enough, because they always feel that “having bought the votes of the people, they have bought the people and they owe the people no obligations to use the votes for the people.” That is the trap we have suffered in the past.

They operated in a manner that suggested what can be bought can be sold. That is why, when they buy our votes they feel no qualms to sell us out to their highest bidders. But the truth is; The trust of the people cannot and should not be for sale. It is a sacred trust for the benefit of the people.

I can tell you with confidence that with me as your representative at the senate, Delta North will have a voice in anything that concerns us, whether it is to prevent a mischief from befalling us like the issues of insecurity or to promote the interest of our youths and people like creating enabling laws to unlock the productivity and creativity of our people. I know I am the best candidate among all those contesting for the senatorial seat and anyone who dispassionately looks at the choices will agree that I am the most likely person to speak your mind and the mind of our people if elected.

Most of you already believe in the vision of Labour Party as espoused by Peter Obi in the rebirth of a new and better Nigeria that works for all Nigerians. We know that conditions in Nigeria now are not working for the present generation of Delta North people and the prospect of working for future generations, if this downward spiral being executed by our present leaders is not stopped, seems worse.

There is an urgent need to change out of the old ways that have not worked for us. If you truly want a country, you can be proud of, if you want the progress of Delta North senatorial district come 2023, you cannot sit on the fence or align with any of the two older parties, you must join us to effectively rebirth a new Nigeria. The rebirth of our dreams. The Nigeria that we all desire.

– A Nigeria where the leadership of the country is focused on implementing the tenets of the constitution that the welfare and security of the people is the primary business of governance.

– A Nigeria where all honest efforts are geared towards securing the territorial integrity of the country and eliminating insurgency, banditry, kidnapping and all such misfortune that has overtaken us, from out of our midst.

– A Nigeria where poverty is tackled from its root cause, by reducing the wastefulness inherent in the practice of governance in Nigeria, and channelling the funds recovered from such wastefulness into supporting the creativity and resourcefulness of Nigerians to turn our country away from consumption into production.

– A Nigeria where the creativity and education of our youth is prioritized and our universities are not shut down for months.

– A Nigeria where the rule of law is enthroned above the rule of men. A country where impunity is reduced to its barest minimum.

– A country where the judiciary is the last hope for the common man. We must strengthen our judiciary for the good of us all. Labour Party under the leadership of Peter Obi is interested in a judiciary that will continue to grow as a strong independent institution. I Ken Kanma believe that such a judiciary is a sine qua non to the enthronement of good governance.

This is why I have come to you being one of you, to say that it is no longer time for old style politics of clinging to the old parties, but for us to join hands to work together to be part of this new movement to rebirth a new and better Nigeria, which means the rebirth of a new and better Delta North.

Delta North cannot afford to be speaking with the voice of the oligarchs and money bags at this crucial time in the midst of the rebirth of a new and better Nigeria. Delta North should be focusing on the best interest of the people and that is only possible when we speak with a new voice at the senate. The voice of Ken Kanma should be that new voice to speak for us. So, I am seeking your support to ensure we do away with the old ways that have not helped us in the past and establish a new and better Nigeria with the Labour Party.