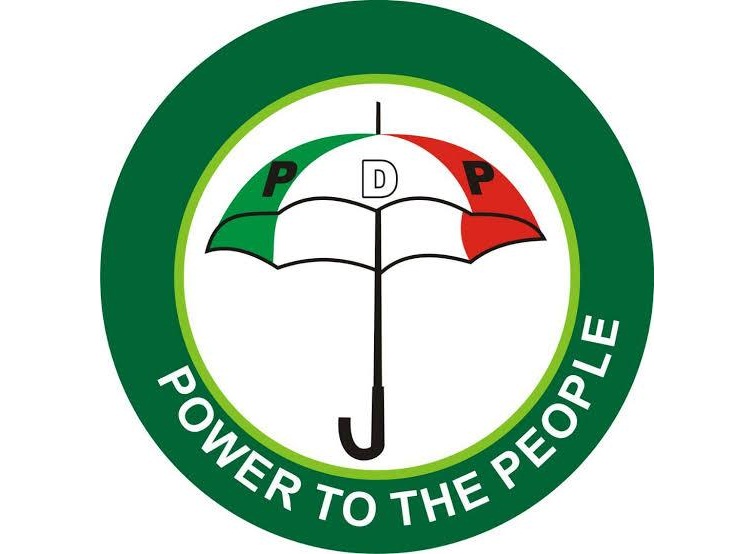 Peoples Democratic Party (PDP) in Delta State has said that emerging indications have confirmed and exposed the All Progressives Congress (APC) in Delta State as panic-stricken.

The party in a statement signed by its State Publicity Secretary, Dr. Ifeanyi Osuoza alluded to the rising profile and growing popularity of the 2023 governorship candidate of Peoples Democratic Party (PDP) candidate, Rt. Hon. Sheriff Oborevwori as being responsible for the palpable overwhelming fear that has gripped the opposition APC in the State.

The statement reads: “It is the anxiety of the impending defeat that has made the APC’s gubernatorial campaign organization to become hysterical, and as usual enter into its fit of misleading publicity.

“Not surprising, however, the good people of Delta State have since come to terms with the delusion of the opposition APC, and have since resolved never to be hoodwinked by the antics it packages in capsules of deception. This is the light in which the latest prank in the cant signed by the current propaganda-in-chief, one Ima Niboro, who signs off as Director, Communications and Media Strategy, Delta APC Gubernatorial Campaign Organisation is seen by the people.

“In the hackneyed material, with the title: “DELTA APC WELCOMES OBOREVWORI TO GUBER RACE….. SAYS HE’S THE WEAKEST LINK IN THE CONTEST AHEAD” the APC Gubernatorial Campaign Organisation exposed its sudden intense feeling of being full of worry and fear by the rising profile of the PDP gubernatorial candidate, Rt. Hon. Sheriff Oborevwori, and so it is scared by the inevitable defeat that awaits it in 2023. First, the landmark decision of the Court of Appeal in favour of Oborevwori has since thrown their campaign organization into overpowering fear and anxiety, so much so that the APC is now nervous and agitated.

The APC propagandist stated: “The Delta APC Gubernatorial Campaign Organisation has said the embattled Speaker of the Delta State House of Assembly, Sheriff Oborevwori, is the weakest link in the 2023 governorship election in the State, and welcomed his Monday afternoon “victory” at the Court of Appeal.” Of course, this is a shameless deception packaged to try to put fog and confuse people from seeing clearly its anxiety about the profound Appeal Court victory secured by Oborevwori.

“It is, therefore, important to state plainly that the Appeal Court held that “the decision of the Lower Court was perverse” when it failed to take into cognizance that the first respondent throughout the entirety of his lawsuit, failed to demonstrate how the PDP had violated the electoral Act or the 1999 Constitution as amended, in the governorship primary election held on May 25. The implication of this is that the Appeal Court in its wisdom understood and underscored the fact that the Electoral Law standard of correctness was observed in the conduct of the governorship primary, which Oborevwori won by a landslide. This further points to the overwhelming popularity of Sheriff Oborevwori as demonstrated by the delegates who cast their votes for him.

“It also utterly exposes APC’s sudden fear. They are jolted by the popularity of Oborevwori’s candidacy. In simple logic, a popular candidate cannot be “the weakest link” as weakness in this context can only be located in the figment of the deceptive imagination of the frightened APC.

“Again, it is the height of indecency and moral degeneration for a discredited former Presidential spokesman who left a legacy of a lackluster and demeaning outing at the News Agency of Nigeria (NAN), from where he was kicked out as General Manager with ignominy over allegations of malfeasance to want to cast aspersion on the laudable integrity of Oborevwori, whose tenure as Speaker has been without blemish for two consecutive tenures. Listen to the sly propagandist again: ‘“What more can you ask for when you have a Sheriff whose only claim to fame is a specious ‘street credibility’ ”.

“Here, the APC propaganda machine misfired and exposed his being a half-baked intellectual with a base understanding of the English language. The Encarta English Dictionary defines Street credibility as “Fashionable appeal: popularity and acceptance among fashionable urban people, especially the young” It is this street credibility which Oborevwori possesses that has gotten APC frightened, knowing that the youth will go for him, a credibility that the man of the Senate mace fame lacks, and has sent jitters into the party’s fold. It points to the imminence of APC’s defeat and they are in a panic.

“Incidentally, the propagandist in a fit, spoke of anomie, a word popularized by the Nobel Laureate, Prof. Wole Soyinka. Is it not an open secret that in present-day Nigeria that it is the clueless, incompetent APC-led Federal Government that is associated with that word? Writing recently about APC’s atrocious misrule of Nigeria, someone out of exasperation stated: “Merely looking at the havoc these savages brought in by the APC to help it win election in 2015 have wreaked on this country, and continue to wreak, one is surprised that a lot of people still even associate with such a political party – an assemblage of vultures that has soaked this country in unprecedented carnage.” What can be more damaging about a profound sentiment expressed against the APC-led Federal Government and its adherents?

“Hear the shameless APC propagandist again: “Deltans do not want the continuation of a government that has pauperized and inflicted untold hardship on them; neither do they want a Sheriff coming to town just to ride roughshod over them: a Sheriff who foreshadows a coming lawlessness, dictatorship and lack of accountability.” This is the sentiment expressed by Nigerians across the board against the APC faithful and its Federal Government.

“Shaka Momodu put the issue so succinctly in his write-up on the Back Page of ThisDay newspaper of August 26, 2022 titled: “Buhari’s legacy and Tinubu’s albatross. He stated: “… I can’t for the life of me understand why anyone in their right senses is promoting APC to retain power? Is this what our country has become?

“On what basis is the party even presenting candidates for various positions in the forthcoming general election? Shouldn’t it rather be apologizing everyday for the escalating insecurity in the land?”

“Every right thinking Nigeria is asking the question, why are Nigerians not holding APC to account for the mess it has brought the country into with its clueless and incompetent administration? Momodu stated: “Thousands of Nigerians – poor and innocent people are in the hands of criminals in bushes with huge ransoms placed on their heads. How can anyone with a conscience associate with a party that deserves a root and branch removal from our psyche? This party needs to be denounced …Fellow Nigerians, the APC-led Federal Government is in bed with terrorists. We must shine our eyes – all the more so because the chief propagandist himself is the APC Presidential standard bearer and the majority of us have no ‘Plan B’”

“The foregoing is the sentiment of people about the clueless, wicked, and very unprogressive APC government across the country today. Is it therefore, the party that will win the votes of Nigerians who are daily pauperized, debased, brutalized, and made to suffer untold hardship and frustration?

“In Delta State, the people already know the shameful pedigree of those who unabashedly smeared the name of the State with mud when out of desperation to be in the good books of the incompetent Federal Government lowered their self-esteem and in a movie-like and commando style stalled legislative proceedings and bundled the mace, the symbol of authority during legislative proceedings out of the hallowed chamber. By their fruits, Deltans know them and have resolved not to entrust such persons with their votes when the time comes.

“PDP in Delta State is holding its head high with the deep-seated and popular victory of its gubernatorial flag bearer, Sheriff Oborevwori who won the heart of delegates across the 25 local governments of the State. His popularity cuts across the three senatorial districts, whose street credibility is an uncommon major advantage.

“That is what the APC candidate lacks; it has become a major source of worry for them, leading to vile propaganda and irascible use of words. It is Delta State APC’s weakest link and the Governorship campaign Organisation is jittery having visualized and seen in concrete terms its impending but sure defeat in 2023 at the polls.

“Since the good people of Delta State are used to the lazy work of lies dished out by the APC propaganda outfit, we urged them to remain resolute in their continued support of PDP and its candidates for the emergence of a SMART and Stronger Delta.

“PDP is Delta and Delta is PDP!”

Oborevwori’s Victory, Not A Mistake but an Act of God – Okpobor
Ken Kanma: Introducing my Senatorial Ambition to Anioma People
Advertisement