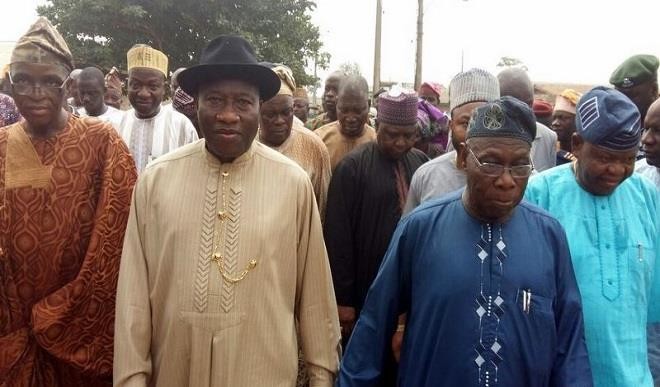 It was the first time Jonathan visited Obasanjo in two years after a similar visit ahead of the 2015 general elections. Then, the visit was purely political as Jonathan was seeking support to win the election.

Jonathan arrived at about noon and was received by Obasanjo and his political allies, including a former governor of Osun State, Prince Olagunsoye Oyinlola.

The Ibogun community residents trooped out to catch a glimpse of Jonathan and his entourage after which he was taken round the community to see level of development in the area. It was gathered that the visit was described as a new year activity, as Jonathan had also visited former Nigerian leaders in recent times.