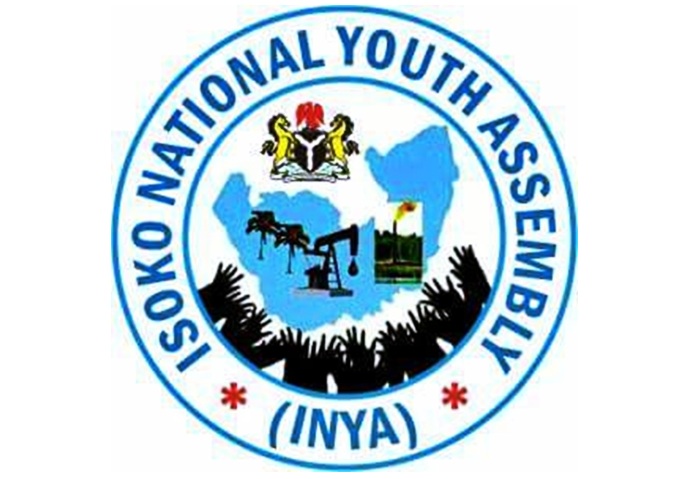 The apex youth body in Isoko Nation, Isoko National Youth Assembly (INYA) ably led by Comr. Umuakpo Ovie, has frowned at the assertion accorded by the Ijaw Youth Council on the Ijaw Nation as the sole owner of the Senatorial Seat in Delta South region of Delta State.

The Ijaw claim, contained in a social media post by one Daniel Dasimaka, on behalf of the Ijaw Youth Council, attracted a stern rebuff from the INYA which seeks to correct the impression allegedly being propagated by the Ijaws.

This was contained in a Press release signed by Comr. Eniwake Orogun, the Director, Media & Strategy, Isoko National Youth Assembly and obtained by ASABA METRO.

Read the full statement below;

RE: DELTA IJAW WILL NOT RELINQUISH SENATORIAL SEAT.

Our attention has been drawn to a publication by one Daniel Dasimaka, on behalf of the Ijaw Youth Council.

Ordinarily, a response would have been unnecessary but for the sake of correcting the pharaonic idea contained therein that the Ijaws are the sole claimant to the senatorial seat which belongs to three major ethnic groups Ijaw, Itsekiri, Isoko and extensionally, Urhobo.

While we respect and honour the constitutional right of any individual or ethnic group to vie for any position within the senatorial district under any political platform, we animadvert any notion or sentiment that connotes sole right to perpetuity or dominance of a group over the rest of us within the zone at the upper legislative chambers of the national assembly, and insist that our shared interest must be respected by all.

Moreover, since the notation of history is not just to assist the weakness of the mind but to also clear-cut a pathway for future conduct, it behooves on the author to recall the fact that the same senatorial seat was vacated by Sen. Stella Omu-an Isoko born-for the current holder, in the rotational spirit envisioned by our founding fathers. This therefore, should inform the conduct or utterance of any ethnic group within the zone.

It is to be made clear however, that we are least concerned about the ambition of anyone, rather our intention is to be unequivocal on the fact that every ethnic group within the Delta South senatorial district must have equal and unhindered access to take a bite at the leadership of the zone at the red chambers of the national assembly provided it is with the consent of the electorates.