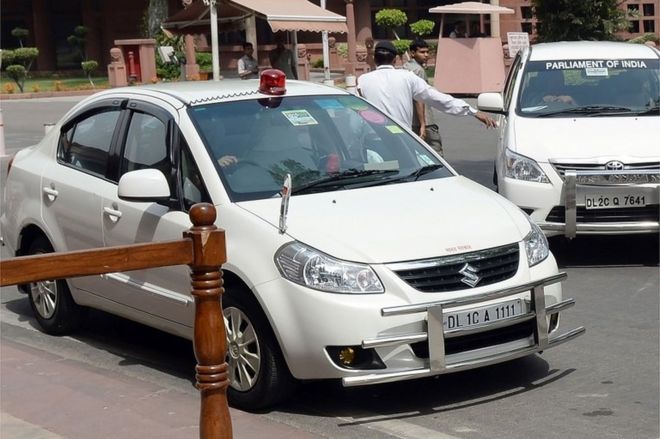 India government is set to ban ministers and senior officials from using red beacons on their cars to speed through traffic.

Finance Minister Arun Jaitley said “no vehicle will have a red light” from 1 May, and “there will no exceptions”.

Under the new rule, only emergency vehicles, ambulances, fire engines and police cars can use flashing blue lights.

Status-conscious politicians and government officials are also accused of using the beacons to bypass the gridlocked city traffic on official business and show off their importance.

Mr Jaitley said the government was “removing the rule which allows state and central government to specify who can use the red lights”.

Correspondents say the government’s move comes as a blow to India’s fabled “VIP culture” that privileges politicians and officials above ordinary citizens.

Prime Minister Narendra Modi took to twitter to respond to messages from his followers about his government’s decision.

Delhi’s Chief Minister Arvind Kejriwal took the lead in 2015 by asserting he would not have the red beacon on his car.

In 2013, India’s Supreme Court had said that only those holding constitutional office – the president, the prime minister, cabinet ministers, senior judges and some other officials – could have red beacons on their cars.