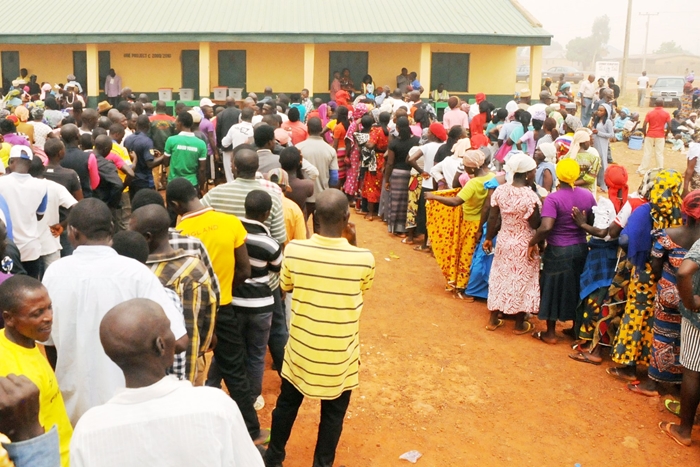 As Bayelsans prepare to choose a new Governor for the State on Saturday, November 16, 2019, the Ijaw Youth Council, IYC has urged all players to conduct themselves in a peaceful manner harping that election is not a do or die affair.
In a Press Statement by Pereotubo Oweilaemi, Esq. President,  IYC Worldwide, the youth body noted that the election should be seen as a brotherly contest and political players should not therefore use the election to perpetrate violence against fellow Ijaw man.
They appealed to Bayelsa youths to conduct themselves in a peaceful manner, charging, “No youth should make himself a willing tool to ferment strife in the State. Those who are readily available to be used as thugs by desperate politicians should desist from it. The Council will partner with security agencies to checkmate electoral violence”.
They frowned at the orgy of violence perpetrated by rival political groups in Nembe City which has resulted in the death of promising Ijaw youths while several others injured. “This should not be a prelude or a signpost to what will happen on Saturday. Security agencies should therefore be very alert to arrest any further occurrence”.
They also appealed to INEC to conduct a credible election in the State charging the security agents to maintain neutrality in discharging their duties. “They should not repeat what they did to Ijaw people in Bayelsa and Rivers States during the 2019 general elections. Bayelsa State is not at war and so no security man should play himself into the hands of desperate politicians to commit electoral malfeasance”.
“The entire Ijaw nation is watching. No one should turn Bayelsa State into a theatre of war in this election. Any compromised attack on the electorates by security agents will be seen as an act of aggression against the Ijaw nation. The Federal Government should therefore caution those security agents deployed to the State on election duty to be neutral.” The statement added.
ALSO READ:  Protesting Pensioners Sponsored by Opposition Says Delta Govt
For advert placement, publication of news content, articles, videos or any other news worthy materials on this Website, kindly send mail to asabametro@gmail.com.
Continue Reading
Advertisement
You may also like...