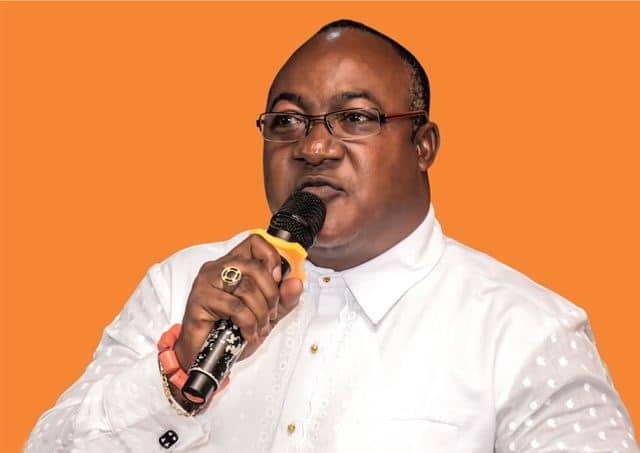 Spokeperson of Gbaramatu Traditional Council in Warri South West Local Government Area, Delta State, Chief Godspower Gbenekama, JP says peace currently enjoyed in the Niger Delta region is as a resolve of some respected Ijaw Traditional Rulers in the region as well as elders, Youths and other stakeholders across the entire region to maintain peace, law and order and not the military deployed to the region.

Chief Gbenekama revealed that the Pere of The Great Gbaramatu Kingdom His Royal Majesty Oboro Gbaraun 2 in 2016 to 2018 moved round length and breathe of Niger Delta States preaching peace and unity among people, even met with other traditional rulers telling the people the need for peace to be maintained in the region which they have imbibed at all levels.

He stressed that in order to achieve peace in Niger Delta the Great Gbaramatu Monarch Oboro Gbaraun 2 invited youths across Niger Delta States to Oporoza, the Traditional headquarters of Gbaramatu Kingdom, where the youths assured that they will give peace a chance and took oath of peace which they have kept so far, adding that the federal government and International Oil companies operating in the area should work closely with traditional rulers in the region for more sustainable peaceful breakthrough among indigenous people and host companies operating in the Delta.

The Great Gbaramatu Kingdom Spokesman (Fiyewei) acknowledged the presence of security agents which will deter criminals from the area and  appealed to military personnel  drafted to the area to treat indigenes of the kingdom and others with dignity and decency like other Nigerians elsewhere, urging them not to be used to disenfranchise Gbaramatu people as they have re-mobilized to vote in their various communities as well as other Ijaw communities in the riverine areas, he accused the security agents for seizure of some passenger boats carrying people to go and vote last week before it was rescheduled,  urged them not allow it happen again in order for citizens to exercise their civic rights.

He urged federal government to partner PANDEF in order to promote peace in Niger Delta as championed through the group, just as he commended youths, elders , chiefs and other stakeholders across the region for their commitment to peace in Niger Delta.

Chief Gbenekama posited that the Pere of Gbaramatu Oboro Gbaraun 2 has charged Gbaramatuans to come out enmasse to cast their ballot and shun any act that may give room to security agents for maltreatment of the people as they may have planned.