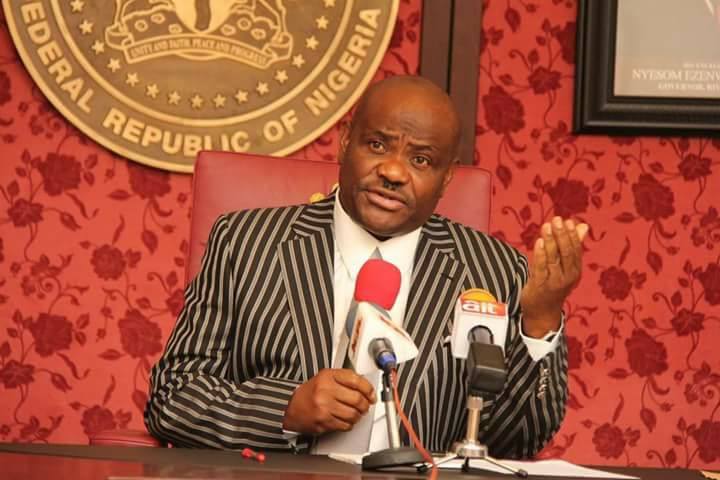 Rivers State Governor, Nyesom Ezenwo Wike has explained that his administration is investing in Federal Judiciary infrastructure because the Federal Government has abandoned her responsibilities to the Rivers people.

Speaking during a courtesy visit by the National Association of Rivers State Students from the Nigerian Law School at the Government House, Port Harcourt on Thursday, Governor Wike said that his administration was compelled to make necessary investments in courts under the Federal Government because they were left to rot.

Governor Wike said: “After Lagos State, the next state with the highest number of litigations is Rivers State. Yet the Federal High Court in Port Harcourt was dilapidated, the National Industrial Court was non existent and the Court of Appeal has been in a sorry state.

“To ensure that our people have access to justice, we resolved to construct a new Federal High Court complex with six modern courtrooms and state of the art facilities . That complex will be commissioned in May.

“We have proposed the demolition of the existing old Federal High Court, so that we can build a new complex with more courtrooms “.

The governor added that his administration is constructing the National Industrial Court complex in Port Harcourt, as part of measures to ensure that litigants no longer travel to Yenagoa for their cases.

According to him, the Court of Appeal building in Port Harcourt is undergoing total rehabilitation to ensure that it accomodates more litigants.

National Association of Rivers State Students from the Nigerian Law School with Governor Wike at the Government House, Port Harcourt.

He assured that his administration will continue to deliver on quality projects, good governance and emhance the standard of living of the people.

Governor Wike noted that his administration will also promote the welfare of students in the state.

Earlier, Publicity Secretary of the National Association of Rivers State Students from the Nigerian Law School, Miss Akubueze Okocha lauded Governor Wike for his outstanding achievements in the development of infrastructure in the law sector.

She urged the governor to maintain the tempo of projects delivery across the state.

Governor Wike later took the students on a tour of projects within the Government House Port Harcourt, where he explained the status of the projects.