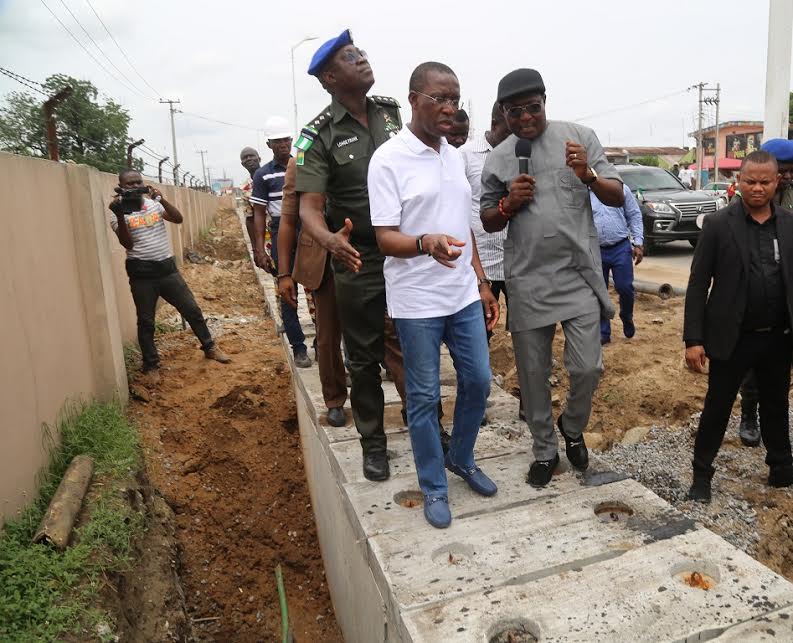 As part of the Governor Okowa’s SMART Agenda for the rapid development of Delta State, the State Executive Council has approved awards of contracts for the construction of several projects across the state.

These approvals were made known to journalists by the Commissioner for Information, Mr. Patrick Ukah during a post EXCO briefing on Wednesday May 3, 2017 stating that EXCO has again approved the awards of more projects.

Addressing the Press, Mr. Ukah stated that as part of Government promise to organised Labour on May Day 2016 to workers, the Delta State Government has now approved the award of the contract for the construction of the proposed Central Secretariat complex in Asaba.

Stating further, He said that the project will be completed in two years and would accommodate all the Ministries in one central location, to enhance the coordination of government business.

On the Flood and Erosion control measures, the commissioner announced that the revision of the scope and the cost of continuation and completion of the storm water project control measures in DLA and Jesus Saves corridor. “The project has now been approved after some deliberations and settlement with the contractor to handle the project. This job is being awarded to CECC and finally we have now approved the review of it.”

In Delta Central, the commissioner informed that the reconstruction/rehabilitation/renovation of existing structures and constructions of potable water supply scheme at Chude Model Secondary school, Sapele was also approved.

Meanwhile, the Information Commissioner hinted newsmen that as part of programmes to celebrate Governor Ifeanyi Okowa’s second year in office, the Governor will commence a state-wide Town Hall meeting to inter-face with Deltans.

The tour which will commence on May 9 will feature commissioning and inspection of Projects and Town Hall meetings.

According to Mr. Ukah, the Town Hall meetings will be done in tranches with Isoko North and South; Aniocha North and South; Sapele; Ethiope West and Oshimili South as the first set of Local governments to benefit from the tour.