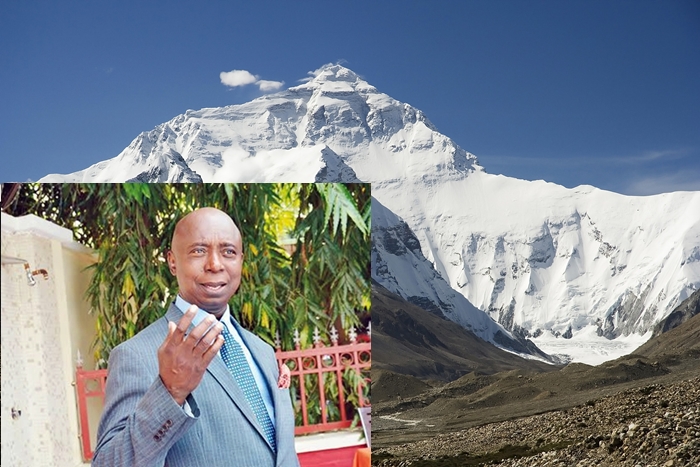 Famous for its mountain system and highest in the world, the “himalaya” lost its height to a quintessential intrepid Prince whose drive for accomplishment is best experienced than imagined. The “himalaya” was waiting for a final blow.

Dominating the very essence of an innocent human in its mountainous snow peak style is inimical to the Prince Ned’s approach.

The problem was a 60mins benchmark to crush the “himalaya” and set the gorgeous frightened human free. Enslaved by this huge barrier for 40yrs, indeed surmounting same will be a huge milestone.

Ms Jemima, the “himalaya” bearer tried to explain this to the Prince in eloquent english how heavy burdened it is for her to keep up with it but was hushed by the Prince to worry no more. Just an encounter with Great Prince Munir will pull down himalaya and set Ms Jemima free.

The day of reckoning started slow but full of anxiety and euphoria. Ms Jemima’s eyes flashes against her lashes at the beautiful body of water, “what a nice pool” she chuckled. She heard “himalaya” whispering inside her,” waste of time! waste of time! For years you could not crush me. It takes a very stupid person like you to be suckered into believing in just a simple, kind, loving, undaunted goal-oriented tasty Prince Ned Munir Nwoko to crush “himalaya” and set you free”.

Strange fear amassed, “himalaya” taking control over her again as always by the pool side. This great Prince has conquered and embattled worse barriers. Record of over 600 persons naively but truthfully hand written in a book full of age carefully tucked away is a lead to his prowess.

Yes, it’s time to do the needful. First, second and third fights turned out successful. “Himalaya” is not doing well before Prince Ned and struggled through to retain the fruits of fear and lack of courage.

In just an hour Prince Ned Munir will destroy “himalaya” to set his captive Ms Jemima free. She admitted her first plunge was easy in the body of water but “, himalaya” was a big barrier for Ms Jemima to swim.

Again, Prince Ned’s defence against “himalaya” intensified. Imploring the power of “NO” to inspire positivity to crush ‘himalaya, the warm kind Prince became forceful using, ‘mumu’, ‘you are just being lazy’, you are just stupid, ‘foolish lady as word swords to pull down this mountain of fear and lack of courage to take a dive for a life time gift.

Ms Jemima could swim, a fearless swimmer she is now. It took just an hour for the most cherished intrepid Prince Ned Munir Nwoko to crush her captor, “mighty himalaya” forever.

Ms Jemima had a good time writing her name in Prince Ned’s special book as a swimmer single handedly taught by him. Thank you for this life time gift sir. Your determination and vision is laced with divinity. Extraordinary human you are.

*Himalaya here represent Ms Jemima’s fear and lack of courage to swim. It is likened to the highest of mountain and a barrier. (ie himalaya).