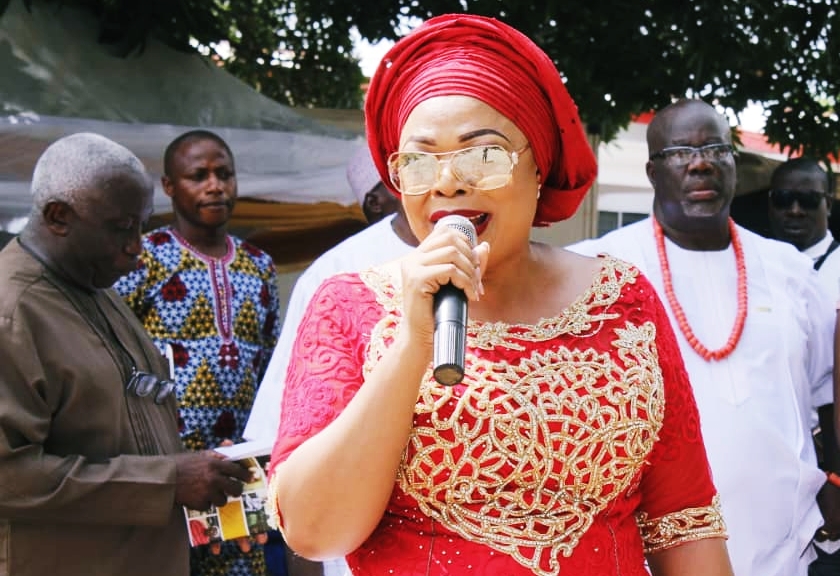 Delta State Governor, Senator Ifeanyi Okowa has been lauded for keeping and fulfilling his promise on the payment of monthly stipends to widows across the state.

The Member Representing Aniocha South Constituency in the Delta State House of Assembly, Hon. Angela Nwaka gave the commendation during the payment of the stipends to widows in Aniocha South local government area.

Hon. Nwaka was represented by the Special Assistant to the Governor on Political Matters and Coordinator Social Welfare Scheme in the area, Mr Jude Chukwunwike, during the exercise which was carried out in three different locations including, Ubulu-uku, Ogwashi-Uku and Nsukwa in the local government area.

The Lawmaker who is the Chairman, House Committee on Education, said three months arrears and free health scheme identification cards to enable them access health care programs of the state government were being presented to the widows.

She noted that twenty widows per ward in the eleven wards that made up the council area were beneficiaries.

Hon. Nwaka assured the widows that the Governor Okowa led PDP administration was determined to providing better welfare to Deltans including the aged and widows.

While urging them to re elect Governor Okowa in 2019 and all PDP candidates, Hon. Nwaka assured that the widows scheme would be sustained.

The two hundred and twenty widows empowered were filled with excitement and prayed for Governor Okowa and promised to support him in 2019.