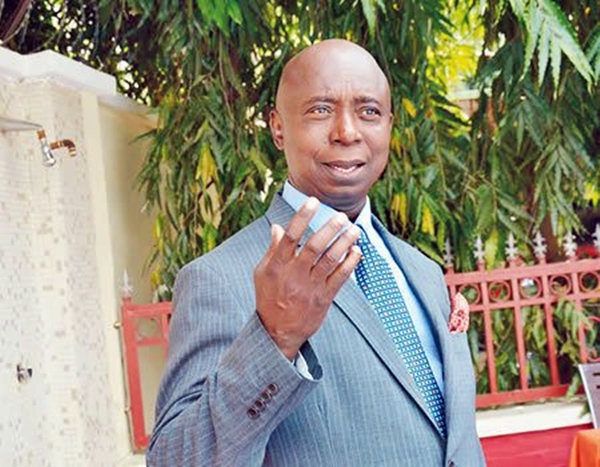 Anioma Youth Forum AYF, has thrown its weight behind the establishment of the proposed Stars University and Golf Course in the Idumuje-Ugboko, Aniocha North LGA, by a philanthropist Prince Ned Nwoko, noting that the projects will not only transform the social economic lives of the people but will also boasts the image of Delta State when completed.

In a press statement issued in Asaba, the Delta State Capital and signed by Mr. Felix Ifejiokwu and Barth Inneh, the National President and Secretary respectively AYF, called on a section of Idumuje-Ugboko people and their sponsores to stop their opposition towards the establishment of the projects.

While condemning the impression being peddled by a clique that the Stars University and Golf Course are meant to deprive the people of Idumuje-Ugboko of their land, the group noted that the vision to establish the projects dates back to 2011 with the aims of leaving a legacy for human capital development that will harness the physical and intellectual capabilites of the young ones.

And to develop sports as a worthy heritage of Deltans, as well as to expose the tourism potentials of Idumuje-Ugboko Kingdom.

“In other climes, this kind of projects are crave for, projects that have already been estimated to employ over 2000 locals with it multipliers effect should not only to be embrace by all, but should be supported by all Idumuje-Ugboko in particular and the entire Anioma and Delta in general. Today, Ogwuashi-Uku, Abraka, Auchi, Ekpoma to mention but a few are burbling with socio-economic activities because of the Polytheistic and Universities sited their domain.”

“Prince Ned Nwoko, the brain behind the projects, is a positive, calm, well-defined gentleman, a world renowned philanthropist and detribalised personality, devoid of sentiments, a man that attends to myriad of complaints from people of various communities, as he usually deploys his personal resources to improve their conditions. A man that is imbued with wisdom, determination and with the courage needed to succeed in his endeavour, often time fashion out possible ways to help the people who throng to his residence whenever he visits home.”

Anioma Youth Forum therefore, call for cessation of all propaganda by a handful of Idumuje-Ugboko and their sponsores, rather they should channel their energies and resources into making sure that the Stars University and Golf Course are materialise, so as to open another vistas of hopes for the teaming youths of Idumuje-Ugboko, Delta State and Nigeria at large.