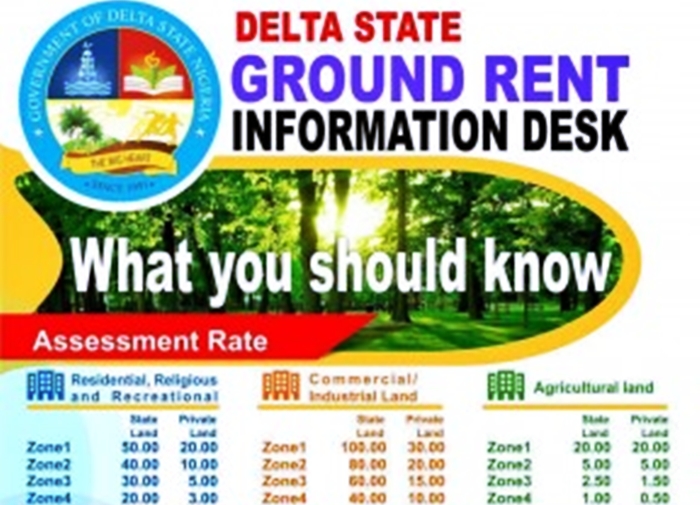 The Delta State Government has reiterated it resolve to take enforcement actions against Land Title holders with Ground Rent liabilities who have failed to comply with the October 31st, 2017 deadline.

The Secretary to the State Committee on Ground Rent, Dr. Frank Nwugo Esq. made this disclosure in a meeting the Committee held with Representatives of Religious bodies today at the Glass House, Asaba.

According to him, payment of ground rent is mandatory for every land and property owner as enshrined in the Land Use Act and State Gazette of 2002, adding that according to the law, all lands in the state belong to the Government.

He said, massive awareness has been created regularly since 2014, emphasizing that the State Government decided to kick start the payment of Ground Rent liabilities with holders of the Certificate of Occupancy (C of O).

Dr. Nwugo while taking into cognizance the poor state of the economy and how it has adversely affected the living standard of the general public reiterated the benevolence of the Governor who had approved the waiver of all outstanding Ground Rent liabilities before 2011 for organizations and corporate bodies and before 2015 for individual or private owners of land and property depending on when C of O was acquired.

The Secretary said a TaskForce Committee would be constituted to enforce compliance and advised all those affected to meet their outstanding liabilities as required by the law, even as he commended participants for their contribution to the socio-economic growth of the state.

The meeting was attended by the Secretary, Members of the State Committee on Ground Rent and Representatives of Religious bodies in the State capital.