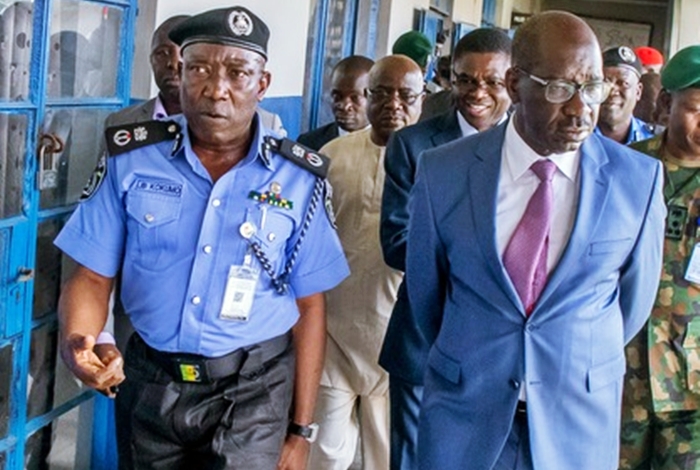 Edo State Governor, Mr. Godwin Obaseki has said that a new security arrangement that will improve the operational capacity of the police and other security agencies in the state has been developed and will be launched by December 1.

Obaseki disclosed this on Thursday while briefing the press shortly after an inspection of facilities at the State Command of the Nigeria Police Force (NPF), in Benin City.

He said the state government was already putting finishing touches to the new security arrangement and the tour of the facilities at the state command was part of the process.

While noting that consultations were ongoing with various security agencies and relevant stakeholders in the state ahead of the official unveiling of the framework by December 1, the governor revealed that the new arrangement will factor in the creation of a Security Trust Fund and create a neighbourhood watch to be backed by law.

According to the governor, the state is currently receiving and reviewing proposals from security experts on appropriate technologies that will enhance the efficiency of intelligence gathering and policing.

The Edo State Commissioner of Police, CP. Johnson Kokumo described the synergy between the Police and the Edo State government as perfect. Kokumo assured that the smooth working relationship will lead to drastic reduction of the crime rate in the state and engender effective police service delivery.