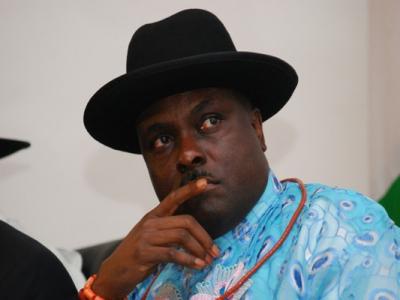 Kinsmen of former Delta State Governor, Chief James Ibori have urged the current administration in the state to ensure completion of the abandoned Oghara Independent Power Plant, IPP, project to avoid lost of value for billions of naira worth equipment already procured.

According to Vanguard, The appeal formed part of the 11-point communique issued at the end of the 2016 Oghara Summit held October at Asaba, where sons and daughters of the Ethiope West council area community from diverse fields interacted on ways to move Oghara, one of Urhobo kingdoms forward.

In the communique signed by Chief Williams Ibori, Chief Williams Usabor, the Unugbrogodos of Ogharefe and Oghareki respectively and Chief Emmanuel Ighomena, Summit Chairman, the people of Oghara lamented the setback the Delta state initiated Oghara IPP has suffered over the years. “We are excited over the siting of the Independent Power Plant (IPP) in Oghara Community, which project completion has suffered a lot of setback even though the Delta State Government has spent billions of naira on it. “We urge the Delta State Government to take urgent steps to complete the laudable project and make it operational by installing all the turbines and equipment that have already been procured and presently lying fallow, to avoid their imminent depreciation and eventual loss of value”, the communique stated.

The summit also lauded Chief James Ibori, Governor of Delta State from 1999 to 2007 for establishing a legacy of governance “that ushered in enviable development and progress of Delta State and her people.” It added that, “Despite his good works for which he was lauded by all and sundry, the travails of our son, Chief Ibori is mainly a fallout of his unrelenting stand and clamour for fiscal federalism through the control of resources of the Niger Delta by her people. We therefore unequivocally call for his immediate and unconditional release.”

Dame Edith Okowa Donates Drugs to Prisons in Delta State
Who will win the US Presidential Election 2016?
Advertisement