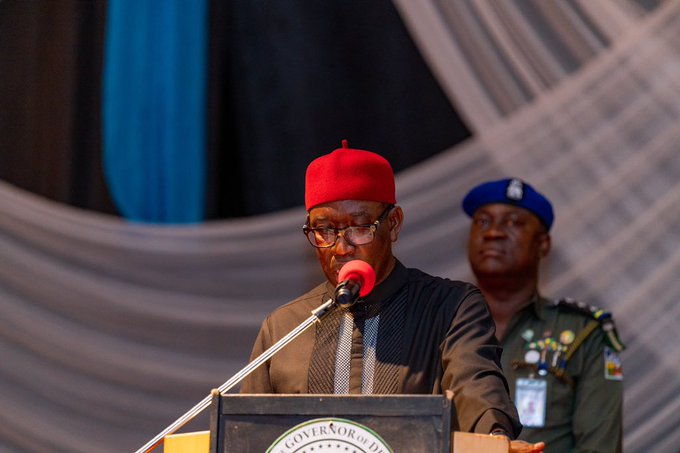 …Inaugurates Board of DESOPADEC, LG Service Commission and Swears in Auditor-General.

Delta State Governor, Senator Dr Ifeanyi Okowa has said accountability is as an indispensable tool of management and hallmark of his administration and charged all political appointees to embrace it.

The governor stated this on Wednesday, July 31, 2019 in Asaba at the inauguration of the Board of Delta State Oil Producing Areas Development Commission (DESOPADEC) and Local Government Services Commission.

Okowa, who also swore in a new Auditor-General of the state, Mr Paul Aghanenu, said that lack of accountability had cost many public officers the respect and goodwill of the media and the public.

“As appointees of this administration, you must make it a point of duty to avail the public of your programmes and actions.

“Let the people know what you are doing, why you are doing it and the anticipated outcome of such actions because, it is easy to gain the goodwill and trust of the community once projects meet specifications, suitably priced and properly monitored,” he said.

While congratulating the appointees, he specifically urged members of the Board of DESOPADEC to ensure that projects were executed according to the needs of the people.

“Do not exclude the locals from the process of project execution; I recognize that quite a number of the board members are proven grassroots politicians.

“I trust that you will do the wise thing of involving the host communities in your decision-making process, because it is imperative for peace, cooperation and development, team work, discipline, mutual understanding and cooperation are prerequisites for your success.

“You must be fair, equitable and just, and let me hasten to add that this administration will NOT hesitate to sanction any erring board member in accordance with the provisions of the law.”

The governor, who scored his administration high in project delivery through DESOPADEC, asserted that “after four years of the new regime, I believe there has been better synergy in the management of the agency, quality representation on the board and responsiveness on the part of the agency to the developmental aspirations and environmental concerns of the host communities.

“This is, because during the course of my first tenure, I inaugurated notable infrastructure projects executed by DESOPADEC and I was impressed not only by the quality of these projects but by the fact that they were in tandem with the expectations of the host communities.”

He charged them to be transparent and fair at all times in dealing with staff matters.

Swearing in Aghanenu as Auditor-General, he Okowa urged him to ensure that “governance and management systems are properly aligned with modern audit practices.”

“As you are aware, we have adopted the International Public Sector Accounting Standard (IPSAS) platform and have also domesticated the National Chart of Accounts, to complement our administration’s goals of fiscal discipline, prudent management and judicious allocation of resources.

“It is your onerous responsibility to see that Ministries, Departments and Agencies of Government fully comply with the approved regulations for greater efficiency in general administration and management of public finance,” the governor said at the well-attended event.