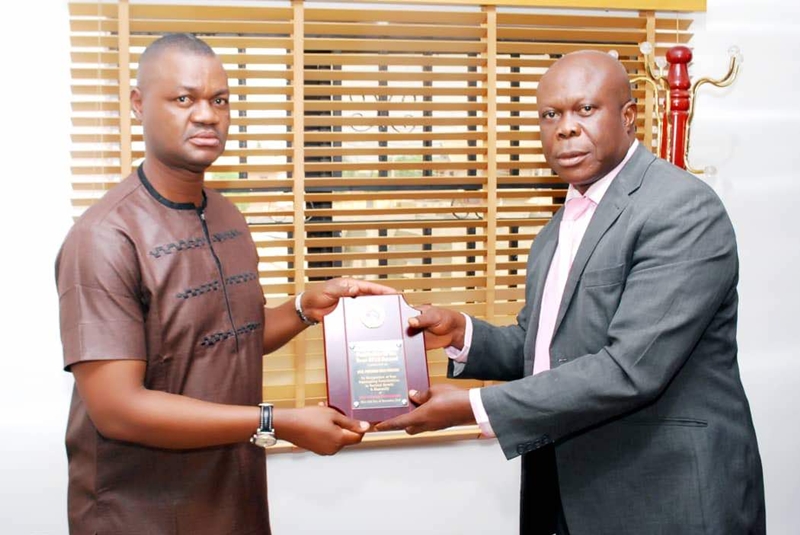 … Bags Award As An Outstanding Politician

The Delta State Commissioner for Oil and Gas, Hon. Freeman Orits Fregene has called for total commitment of Deltans to the reelection of Governor Ifeanyi Okowa for a second term in office.

Hon Fregene who made the call in his remarks after being honored with award of “Outstanding Politician of the Year 2018” by the Warri Voice Newspaper during the 10th year Anniversary of the tabloid, said “Okowa merits second term in office”.

The Commissioner stated that the Governor has shown commitment and transparency in the governance of the state, stressing that “another term in office would enable him consolidate on the achievements recorded in the first tenure “.

Hon Fregene emphasized that besides the principles of equity, justice and fairness, Okowa has proven to be a detribalize person with an outstanding qualities.

He noted that even the pockets of opposition leaders in Delta State acknowledged the values the Governor had brought into governance in the state, but for politics and “it must be me” nature of some persons.

The Commissioner however called on Deltans to effectively mobilize for landslide victory of Okowa during the governorship poll next year.

Hon Fregene thanked the Warri Voice Newspaper for recognizing his modest contributions to the society and pledged to continue to do more to promote the welfare of humanity.

He dedicated the award to God, his immediate family, the people of Warri South West and the state, even as he expressed optimism of a more prosperous Delta State.

Presenting the award to Hon Fregene, the Publisher of Warri Voice Newspaper, Mr. Femi Odonmeta said the award is in recognition of his political sagacity and goodwill to the people at the grassroots level.

He congratulated the Commissioner for the award.