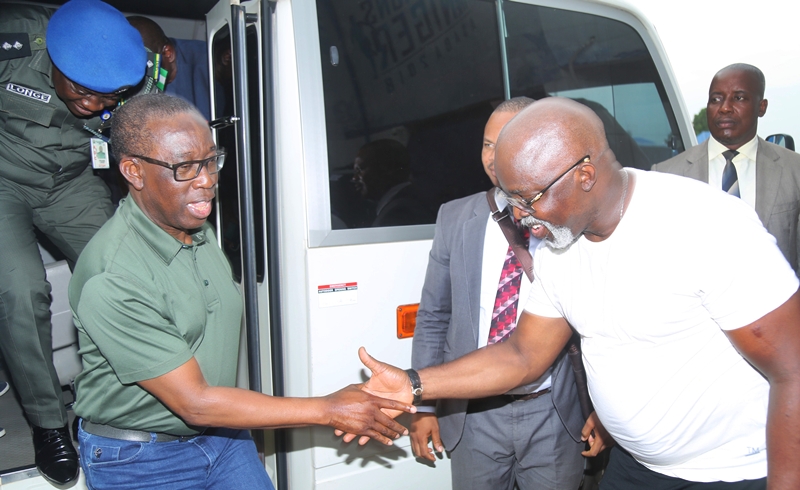 The Nigeria Football Federation (NFF) has said Delta State Governor, Senator, Dr. Ifeanyi Okowa deserves commendation for his tremendous  support for the development of football in the country.

In a letter of appreciation signed by the Chairman of NFF, Mr. Amaju Melvin Pinnick, the national football body stated that Delta State government led by Governor Okowa has booked a special place in the annals of football history in the country with the successful hosting of various matches and events of the federation in the last few months.

According to him, “this letter is to express very deep appreciation of the Nigeria Football Federation for the unmatched support and encouragement that your good self and administration have been providing for the activities and events of the National Teams as well as other programs of the NFF; thank you so much, Your Excellency, for the unforgettable three days of international Football Feast that Your Excellency and administration hosted in Asaba between 22nd-26th March, 2019”

“Certainly Your Excellency, you have written your name and that of your administration in gold with these accomplishments during your tenure in Delta State Government House, and no book on Nigeria Football will ever be complete without a generous mention of your tremendous support and encouragement to the Supper eagles, the other National Teams generally and the  Nigeria Football Federation”, he stated.

The NFF commended Governor Okowa for  empowering the youths through sponsoring of various football clubs in all cadres of the domestic  leagues stressing that “it was therefore not surprising to see the rousing standing ovation that Your Excellency received during the matches each time you came down for the ceremonial handshake with teams during the matches of the football feast”.

Threat To OML 30: Delta Govt Wades in to Avert Breach of Peace and Disruption of Oil Production
Niger Delta: Be Committed to Peace and Development, Seimbiri Monarch Charges Subjects
Advertisement