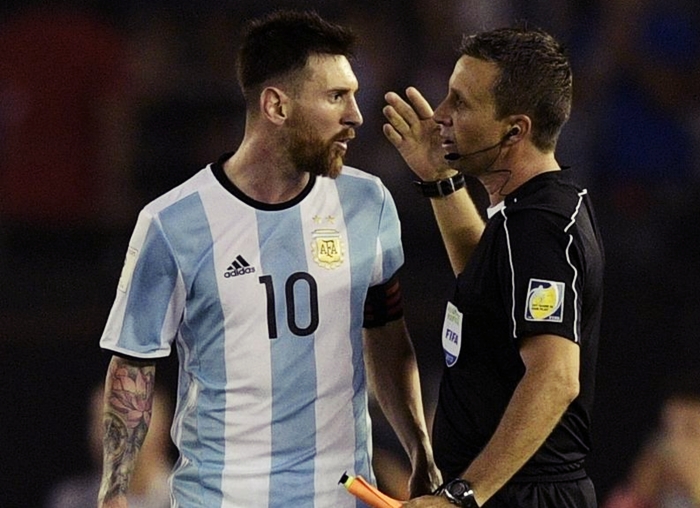 The FIFA Appeal Committee has upheld the appeal lodged by the Argentinian Football Association, on behalf of the player Lionel Messi, against the decision taken by the FIFA Disciplinary Committee, lifting the sanctions imposed on him as a result.

The 29-year-old Barcelona forward was suspended for directing “insulting words” at an assistant referee during a 1-0 win over Chile in March.

A Fifa appeal committee said while his behaviour was “reproachable”, the evidence was not sufficient.

He will now be available for matches against Uruguay, Venezuela and Peru as Argentina fight to secure a place at next summer’s World Cup finals in Russia.

During the Chile game, Messi was caught on camera venting his anger at an assistant who signalled he had committed a foul.

He was not shown a card at the time.

The Fifa appeal committee concluded “the evidence available was not sufficient to establish” an infringement had occurred.

“The appeal committee nevertheless underlines the importance of always showing respect to the match officials, stressing that such a principle is essential in football and any unsporting conduct that may be contrary to the principles of fair play cannot be accepted,” it said in a statement.

Messi had faced missing Argentina’s next three qualifiers, but will now be available for all four of their remaining four matches.

Argentina are fifth in their group of 10, with the top four qualifying automatically and the fifth team going into a play-off.